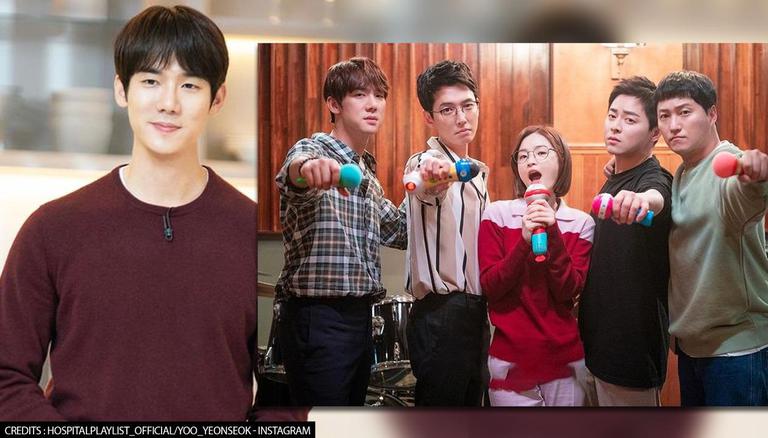 
As Hospital Playlist 2 broadcasted their latest episode after postponing it for a week, fans had another surprise waiting for them. The lead actor of the show Yoo Yeon Seok released a new OST titled To You for the show. The song is a heart-touching new OST of the show and will be the theme song of the Winter Garden couple Jeongwon and Gyeoul.

The seventh episode of Hospital Playlist 2 was postponed due to a delay in the shooting schedule because of the COVID-19. As the new episode released this week, makers announced that Yoo Yeon Seok who plays the role of Pediatric Surgeon Jeongwon in the show recorded a new OST for the show titled To You. The song will be the theme song for Jeongwon and Gyeoul who are fondly called the Winter Garden couple by fans of the show. To You is a song that was included in the debut album of the late singer Kim Kwang Seok, released in 1989. At the time of its release, the song received lots of love for its lyrics.

Yoo Yeon Seok also took to his Instagram to announce release of the song.  "The Winter Garden theme OST 'To You' of #Hospital Playlist Season 2, in which I participated in singing, will be released today at 12:00 noon! Our Winter Garden's new theme song Please give it a lot of love,'' he wrote as he announced the release.

More about the Hospital Playlist series

Hospital Playlist is also known as Wise Doctor Life and is directed by Shin Won-ho. It is the second instalment of the Wise Life series, following Prison Playbook (2017–18). It stars Jo Jung Suk, Yoo Yeon Seok, Jung Kyung Ho, Kim Dae Myung and Jeon Mi-do who play the role of five doctors in their 40s who have been best friends since they entered medical school in 1999. The first season of the series became the eleventh highest-rated Korean drama in cable television history. The second season premiered on June 17, 2021, and according to Nielsen Korea based on the nationwide ratings, by recording 10% in viewership for the first episode of season 2, Hospital Playlist has set the record for the highest viewership ratings for the first episode of tvN's dramas.