Alia Bhatt visited the Durga Pandal and met with best friend and director Ayan Mukherji. The actor was also spotted with Hrithik Roshan and Rani Mukherji.

The Brahmastra actor Alia Bhatt joins Durga Puja celebrations along with other celebrities. The actor was spotted at the Durga pandal looking dazzling in her traditional attire. Bhatt was wearing a beautiful red saree with a green and golden printed design. She matched this saree with big golden jhumkas. She sported a small bindi on her forehead and a teeka. The simplicity of the outfit brought out the actor’s beauty. 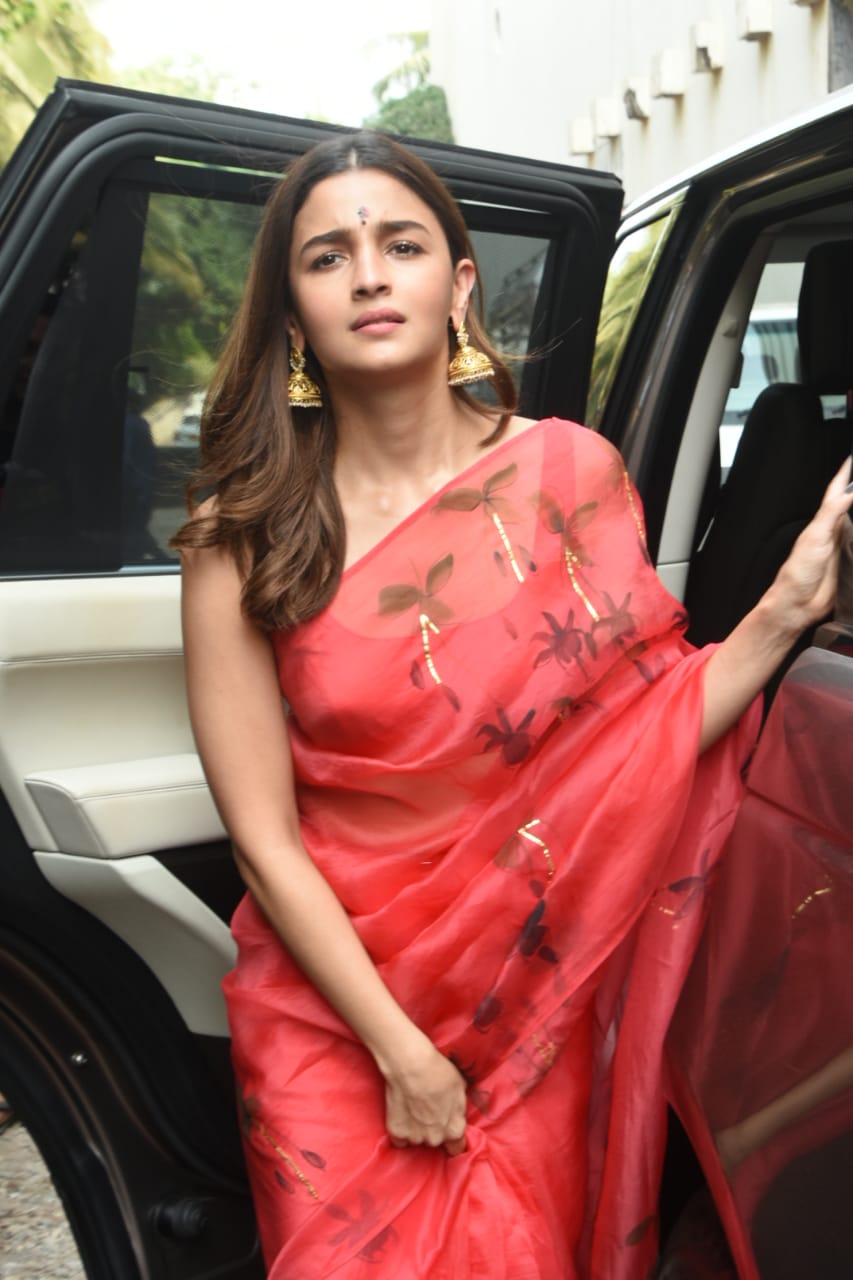 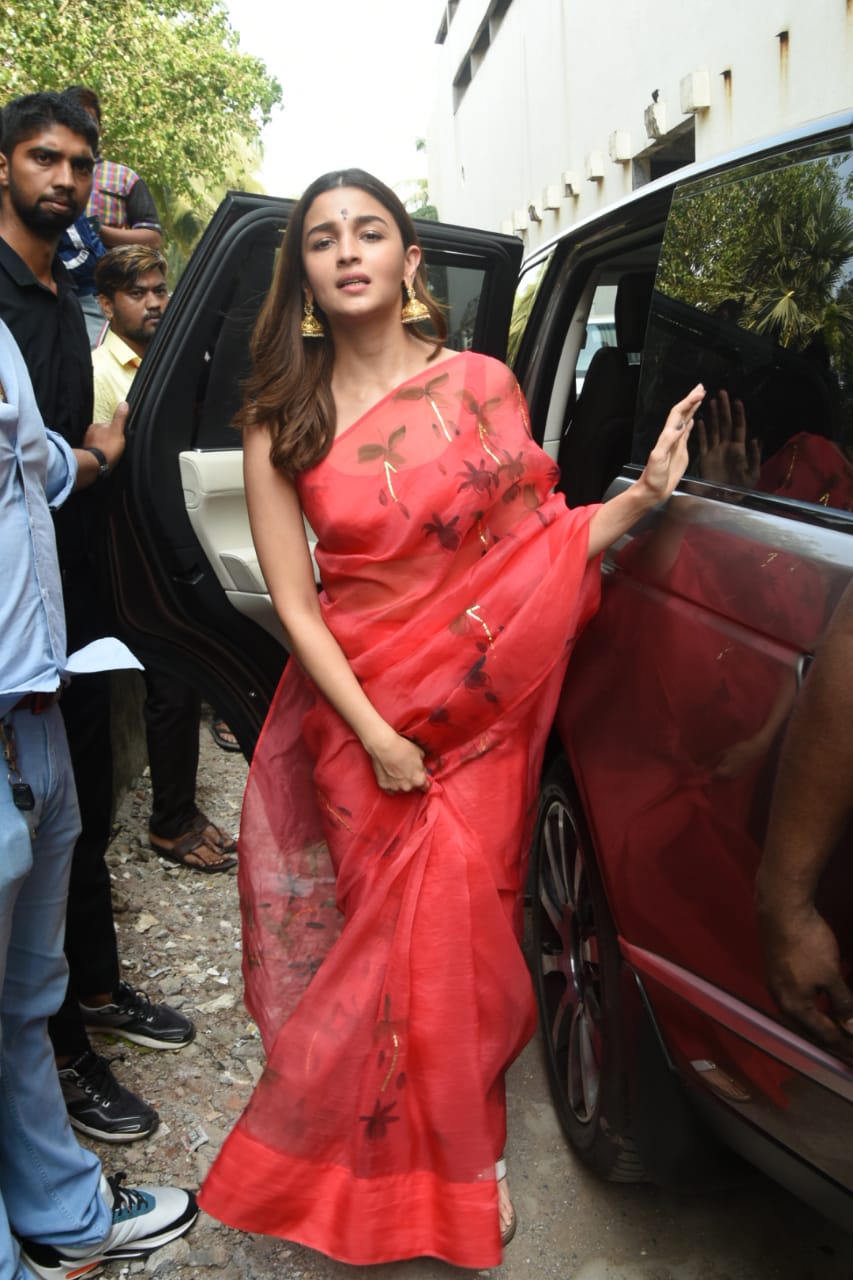 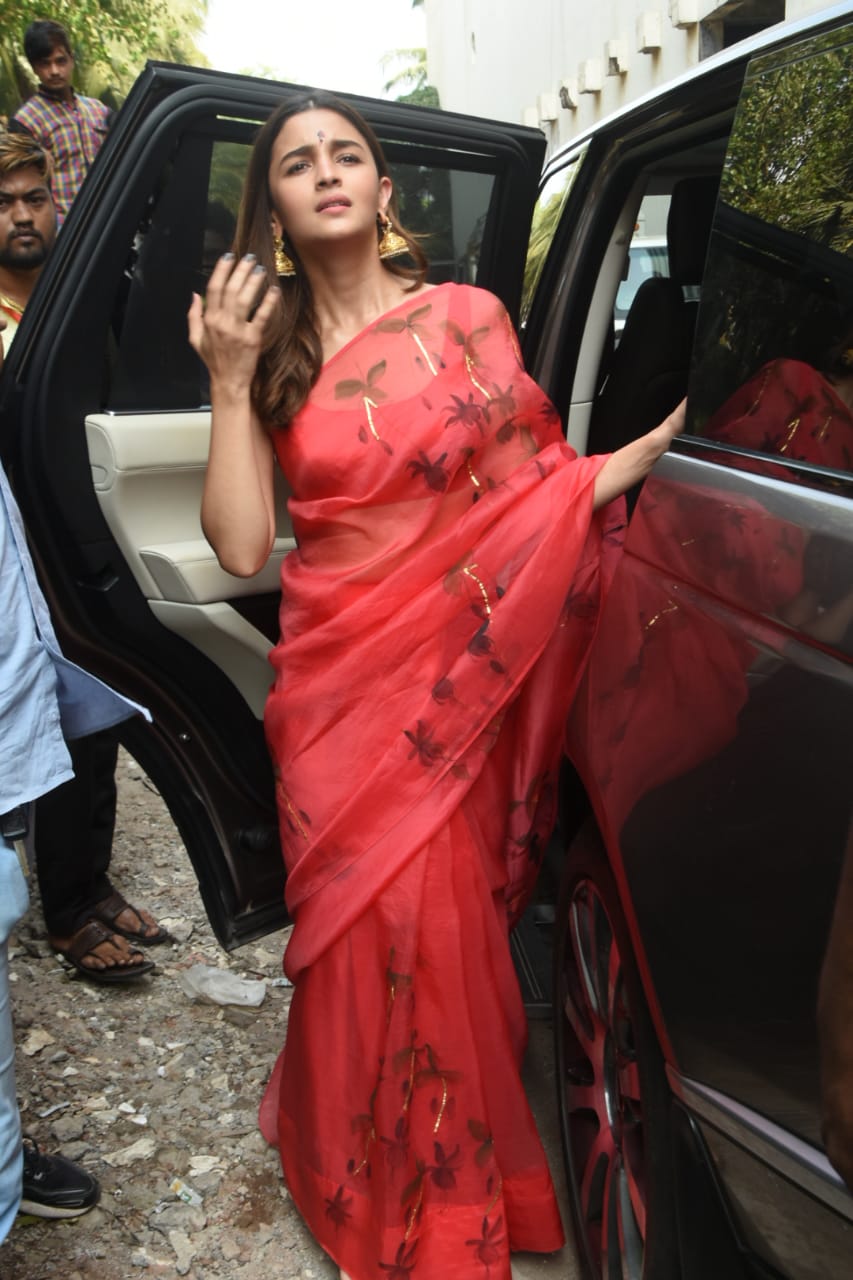 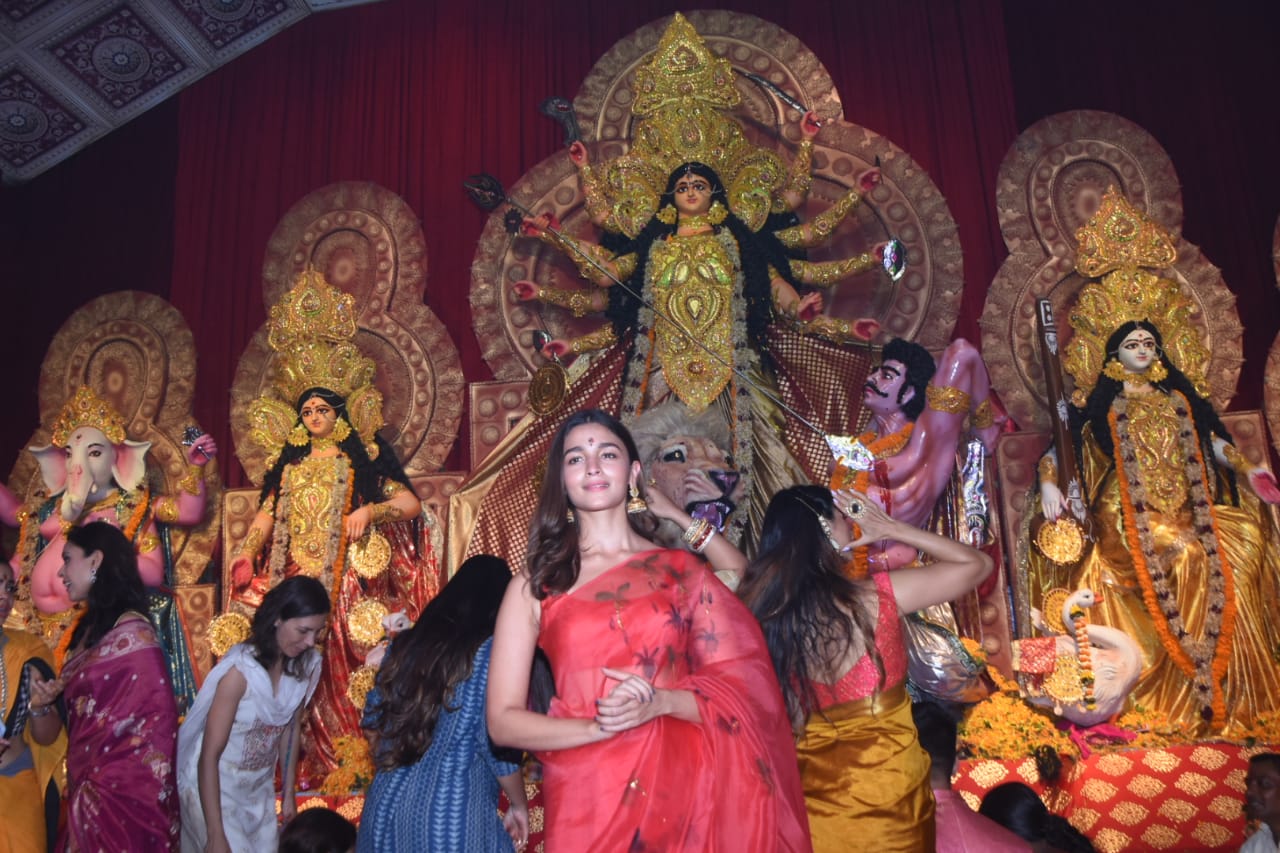 Alia Bhatt joined Hrithik Roshan, Ayan Mukherji, Rani Mukherji and Kajol. A video of Alia and Ayan hugging each other have surfaced on the internet. The two are not only the best of friends, but Ayan Mukherji is the director of Alia’s upcoming movie Brahmastra. Here is the video:

Alia was also spotted with War star Hrithik Roshan. Hrithik also looked dapper in his outfit. The star had worn a black t-shirt with a brown jacket. The actor also wore a black cap. He and Alia were clicked together outside the pandal. 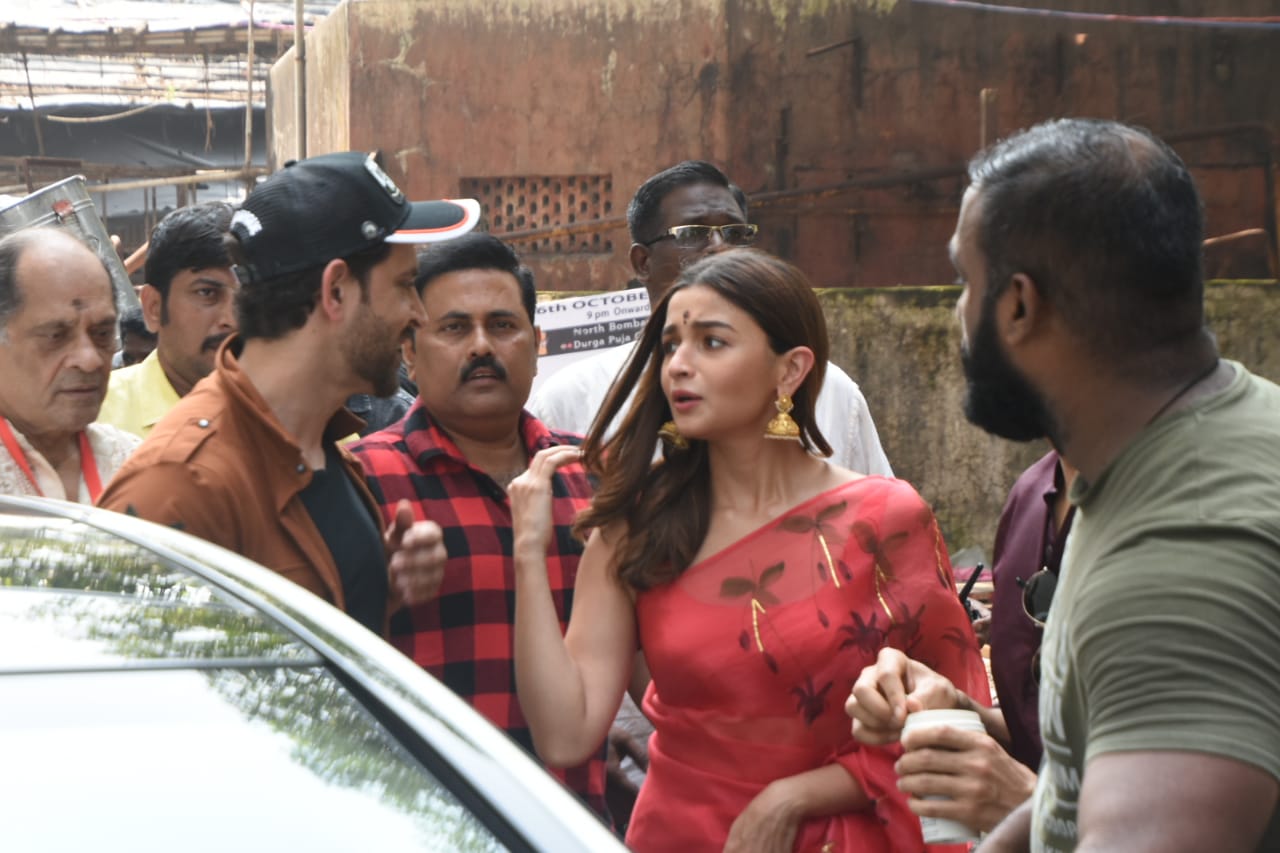 Kajol and Rani Mukherji were also clicked attending the Durga pandal. They were joined with Tanishaa and Tanuja Mukherji as well. The family was spotted clicking picture and selfies. Kajol looked stunning in her pink and green saree. Rani also looked pretty in her light pink and golden attire.

Alia Bhatt was last seen in Kalank, alongside Sanjay Dutt, Madhuri Dixit, Sonakshi Sinha, Varun Dhawan and Aditya Roy Kapoor. Her next flick is Brahmastra, where she will be seen along with Ranbir Kapoor and Amitabh Bachchan. The movie was initially set to release on December 2019, but it was pushed to a summer 2020 release. Alia shared the movie logo on her Instagram: