'Demon Slayer Season 2': Will There Be A Recap Arc Movie? Check Details

'Demon Slayer season 2' will release in October this year, while there are speculations about the recap arc being included by makers, it still isn't confirmed. 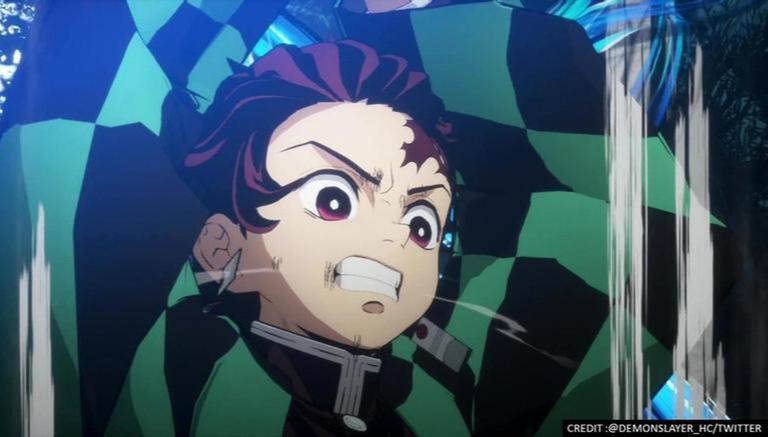 
Demon Slayer : Kimetsu no Yaiba will soon be returning for its much anticipated second season, but the big question that the fans are inquisitive about is whether it will be getting a recap arc or not. A new report has claimed that Demon Slayer season 2 will not be immediately hitting off with the Entertainment District arc as has been hinted by the upcoming trailers and various promotional stints, but with a  ecap arc of the recent Demon Slayer -Kimetsu no Yaiba- The Movie: Mugen Train movie instead.

The movie, which was released in 2020, broke records upon its release and will provide the audience with a context of what they would anticipate in the second season of the anime. Demon Slayer season 2 is hinted to release in October 2021 and will follow on from the Mugen Train anime film. It will be set in the Yoshiwara red-light district.

While the makers haven't confirmed or denied whether the new season will tread on the same ground and trajectory of events as the anime movie, but even if it does, the idea of a recap doesn't appear bad. Despite its monumental success and assumption that most fans have seen the film, the COVID-19 pandemic restricted a few. There are also rumours that apart from covering the events of  Mugen Train, season 2  would add “more details” across up to eight episodes.

READ | Is there an end credit scene in Demon Slayer movie? Find out here

Given that the makers threw fans right into Mugen Train movie without any recap, it will be weird if no prerequisite is provided before the second season hits off. However, if there is no recap, it points to the possibility of the fans enjoying the new season without having to delve into the movie and a possible exclusivity for the second season.

Demon Slayer the Movie: Mugen Train has gone on to become the most successful animated movie to ever be released in Japan, surpassing Hayao Miyazaki’s Spirited Away. It also became the second-ever anime film to hit No. 1 at the US box office. According to the box office data, the film was the first non-Hollywood movie to ever rule the global box office in cinematic history.

Thank you to everyone who watched Demon Slayer -Kimetsu no Yaiba- The Movie: #MugenTrain! We hope you enjoyed the film! 🚂💨 pic.twitter.com/iAJodGTlKH

Mugen Train picks up immediately after the events of the end of the first season where one can witness the series protagonist Tanjiro Kamado, his demon-slayer cohorts Zenitsu and Inosuke, and his demon-possessed but pacified sister Nezuko as they race to assist Kyojuro Rengoku, also known as the Flame Hashira ( an upper-rank demon-slayer) in investigating the disappearance of 40 people aboard the mysterious Mugen Train.

The movie acts as a link between the Demon Slayer season 1 and season 2. However, the makers haven't given any context of season 1 to new audiences which might leave them adrift while watching the movie. Till the second season release in October this year, fans can watch the movie to get an insight into the Demon Slayer's upcoming chain of events.