Nithya Menen, on Monday, announced the release date of her upcoming Tamil movie, Psycho. Here are all the details related to the film. Read to know more.

Nithya Menen is a popular actor who predominately features in South Indian films. The popular south star recently made her Bollywood debut with Akshay Kumar-Vidya Balan starrer Mission Mangal. The actor in a recent social media post announced the release date of her upcoming Tamil movie. Here are all the details about Nithya Menen's next film.

Nithya Menen, on Monday (November 11), announced the release date of her upcoming movie, Psycho. The upcoming thriller is slated to release on December 27, 2019. According to the makers of Psycho, the film will enthral the audience with its emotional and eccentric storyline. 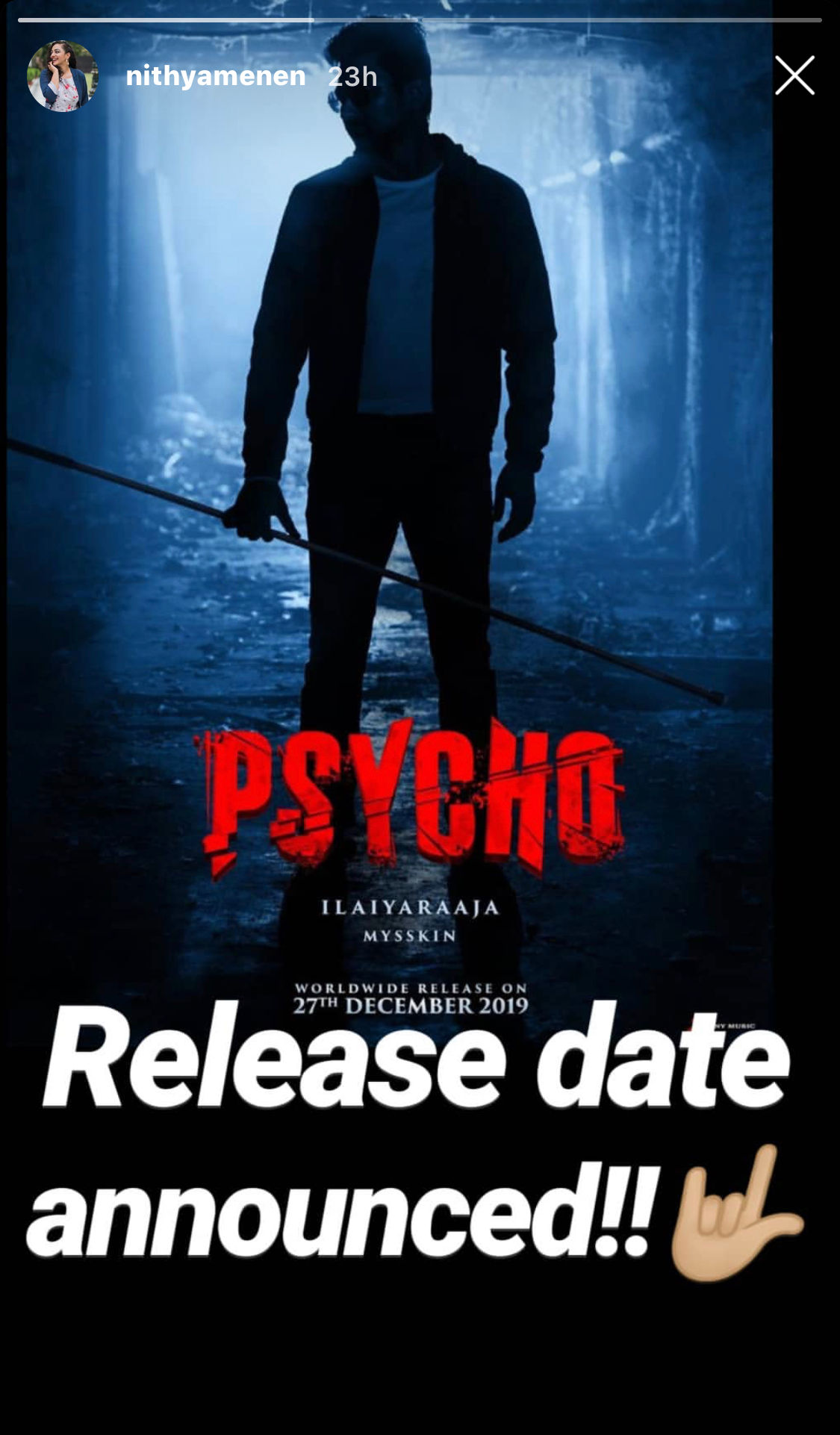 All details about Psycho

Psycho is an upcoming Tamil movie directed by Myshkin. The movie, starring Udhyanidhi Stalin, Aditi Rao Hyadri and Nithya Menen in the lead, is touted to be a psychological thriller. Reportedly, the movie is the 100th project of music maestro Ilaiyaraaja. The camera has been handled by cinematographer PC Sreeram’s assistant Tanveer Mir.

Also Read | Nithya Menen: Here Is A List Of Top Movies Done By The 'Mersal' Star

On the professional front, the actor will be next seen in Rajeev Kumar's Kolambi. The Malayalam movie starring Nithya Menen in the lead is currently in the post-production stage. Other than Kolambi, the actor will also feature in the second season of Amazon Prime's original series, Breathe 2. The second season will feature R. Madhavan, Amit Sadh and Nithya in the lead.