Rubina Dilaik Reveals Her Insecurities In Her Relationship With Abhinav Shukla: Read

Rubina Dilaik recently revealed she was once insecure about her relationship with Shukla. However, the actor soon realised it was more of her own overthinking. 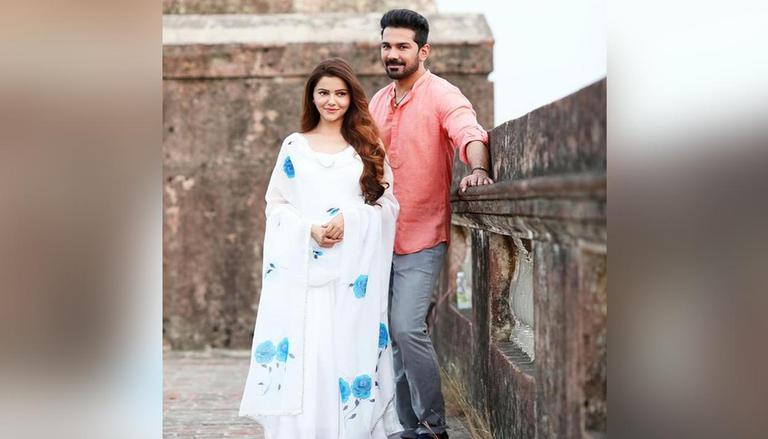 
TV actor Rubina Dilaik has often spoken about her relationship with her husband and actor, Abhinav Shukla. The actors had their fair share of rough patches like any other couple. But, they have overcome the hurdles in their marriage and emerged as a much stronger couple. Rubina Dilaik recently revealed she was once insecure about her relationship with Shukla. However, the actor soon realised it was more of her overthinking and less about Abhinav's behaviour.

Rubina Dilain on her insecurities in marriage

In a recent inteview with RJ Siddharth Kannan, Rubina Dilaik revealed she was once insecure about her marriage. However, the actor shared her insecurities were not because of Abhinav but she had doubts about herself. Rubina also revealed she felt as if there were some shortcomings within her due to which their relationship was not working. She said she found reasons to beat herself down and her insecurities let her behave in a much different manner. The actor then shared Abhinav never made her feel insecure.

Rubina Dilaik and Abhinav Shukla participated in a controversial reality show on ColoursTV in 2020 during a rough patch in their marriage. However, the couple's love bloomed again as they lived in a house with several other contestants. Rubina ended up winning the show, but Abhinav was eliminated much before its finale.

Earlier this week, Rubina DIlaik shared her greatest regret in her life. Taking to Instagram, she shared a post and wrote, "Had an epiphany! This REMAINS my biggest REGRET!," in the caption. In the post, the actor wrote she should have left the show after Abhinav Shukla's unfair elimination. The actor did not blame the show but the contestants who were against Shukla and her. The actor regretted not protesting against the elimination. Abhinav Shukla reacted to the post and wrote, "baby you are a winner because you didn’t give up, the kind of pressure, tirade and rebuke you endured without wavering is a victory, you finished my battle! ❤️" Nikki Tamboli, one of the contestants, also comforted Rubina with her words and wrote, "Exactly that day even I can’t forget Btw loved the last line 😂 but anyway babe thik hai jo ho Gaya wo ho Gaya Loveee you @ashukla09 @rubinadilaik ❤️❤️."