South Korean actors Yeo Jin Goo and Moon Ga Young are all set to share the screen space in an upcoming K-drama titled Link: Eat and Love to Kill. 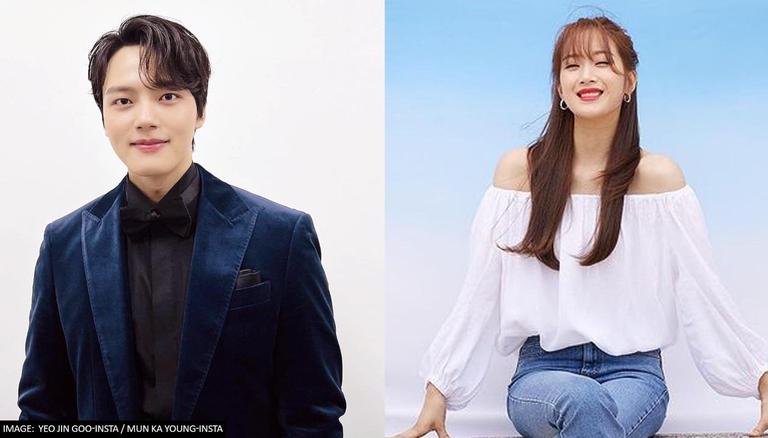 
South Korean actors Yeo Jin Goo and Moon Ga Young are all set to share the screen in the upcoming K-drama titled Link: Eat and Love to Kill, reported by the South Korean news outlet, Soompi. First reported in January this year, Moon Ga Young received an offer for the K-drama, while Yeo Jin Goo was revealed to be in talks by the month of July. The series will feature a mix of fantasy, romance and mystery.

According to the report, Link will revolve around a man who abruptly starts feeling all the emotions experienced by a random woman. The series will follow the journey of the protagonist after he unexpectedly starts going through all of her joy, sorrow, and pain together with her. The Hotel Del Luna star will be seen as Eun Gye Hoon, who is a restaurant sous-chef who possesses excellent cooking skills, is handsome and has an attractive voice.

As the K-drama progress, the titular character will find himself randomly experiencing emotions one day, spontaneously crying and laughing, and it turns out that the emotions are actually felt by someone else. As per the report, Ga Young will be essaying the role of Noh Da Hyun, who is readying for a job hunt. Despite her mother's nagging and harsh words from people around her, she is someone who always wears a bright smile believing that smiling brings luck, however, her life is far from lucky. One day, she causes an irreversible incident and starts getting entangled with a man named Gye Hoon.

The actors will be reuniting after a decade of collaborating on The Reputable Family, which was released in 2010 and is a historical drama where they got featured as child actors. Penned by Kwon Ki Young, who has created I Remember You and Suspicious Partner, the new K-drama will be helmed by Hong Jong Chan. Jong Chan has Dear My Friends and Life under his credits.

Describing the K-drama, the production team commented that it will be a unique romance drama that is created by two characters whose emotions are linked. They said, "it is reassuring to work with Yeo Jin Goo and Moon Ga Young, two actors who have solid acting skills. Please continue to show lots of interest and love (for Link)."

WE RECOMMEND
'True Beauty' actor Moon Ga-young to be Kim Seon-ho's co-star in 'Link' again?
IU and Yeo Jin Goo starrer 'Hotel Del Luna' to get musical makeover in 2022
Hwang In Yeop's favorite dialogue from 'True Beauty' has a connection with Moon Ga Young
IU's ideal man is Yeo Jin Goo? Read about her guest act on latter's show 'House On Wheels'
True Beauty: Watch BTS clip of a kiss between Cha Eun-woo and Moon Ga-young
Listen to the latest songs, only on JioSaavn.com