"I am glad that nine Indian films have been shortlisted for Oscars 2023 reminder list," said Rishab Shetty. 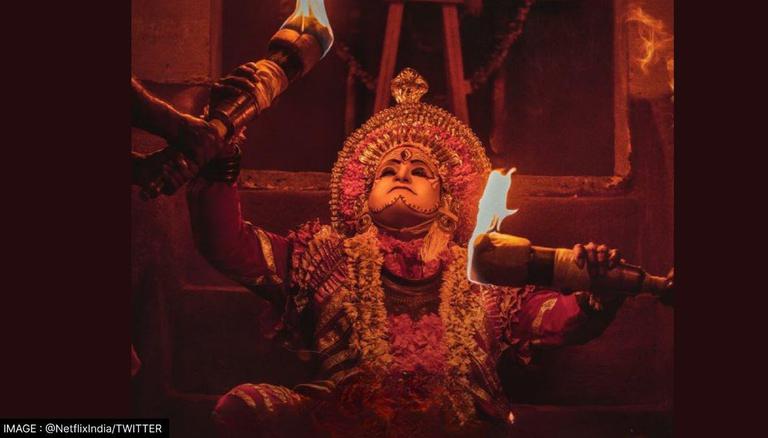 
Kannada film 'Kantara' has qualified for the Oscars 2023 contention list in the categories of Best Picture and Best Actor. This makes the film eligible for voting by Oscar members to push it through the nominations. The film's director and actor Rishab Shetty, who expressed his joy over the news on his Twitter handle, exclusively spoke to Republic Media Network's Mugdha Kapoor and shared his thoughts on his new milestone.

Speaking of the film's Oscars reminder list, Rishab Shetty said, "It feels good. As soon as the film was released, fans trended Kantara for Oscars. They have already given us such big award. It was for them and their expectations that we submitted the film for Oscars and now it has been shortlisted. We are happy as a team."

The actor added, "It's a big year for the Indian film industry. I am glad that nine Indian films have made it to the shortlist. I am happy that from Karnataka, 'Kantara' was selected."

The 'Kantara' star also congratulated the other shortlisted Indian films including RRR and Vikrant Rona and said, "I congratulate all the films, especially Vikrant Rona as it is Sudeep sir's film. Even RRR was widely praised by the audience and even it has made it to the Oscars shortlist, I congratulate them."

Kantara's producer Vijay Kirgandur too spoke to Mugdha Kapoor and said, "I heard the news around 9 in the morning. I was very excited. It was the fans and the audience who made it possible. It was all because of the audience's word of mouth."

The producer added, "I think the year(2022) has been great for South Indian films. It was long due. It isn't like people are not watching Hindi films, but after the release of Baahubali, South films have been releasing on more screens in North India. Earlier, Hindi films released pan-India, but other films didn't. After Baahubali, people have been watching South films and language is not a barrier now. Going forward we will have to treat each film as an Indian film."

Producer Vijay also updated us about the 'Kantara' franchise and said that Rishab Shetty has been working on the script and that Kantara 2 will definitely happen.

He said, "For now we have just decided that we will turn Kantara into a franchise, but we are not sure if it's going to be a prequel or a sequel. This morning I was discussing it with Rishab, he has taken a week's time to come up with a script. He already has an idea in his mind, he's getting into scripting. In 2-3 weeks' time, we will know if it's a prequel or a sequel. But, definitely, there's a part 2 happening."

'Kantara', originally made in Kannada, released on September 30. The film, made with a budget of just Rs 16 crore, opened to positive reviews and was later released in other languages including Tamil, Telugu and Hindi. The film reportedly earned a whopping Rs 400 crore at the box office.