Inspired by Shakespeare's Macbeth, ‘Joji’ won a top honour at the Swedish International Film Festival as it was selected as the Best International Feature Film 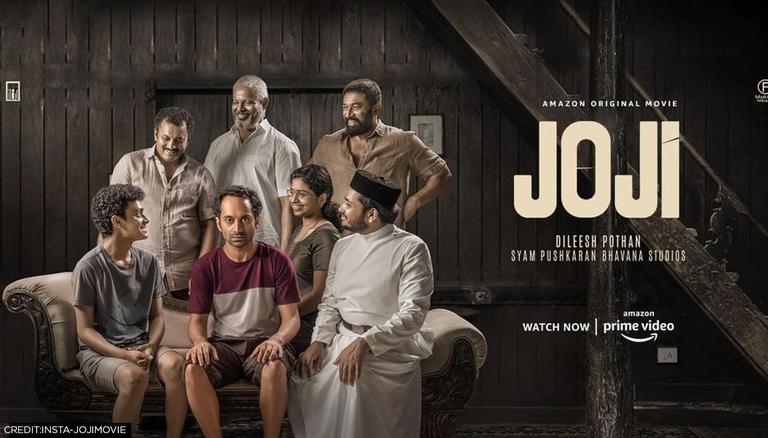 
Fahadh Faasil took to Facebook on Thursday to make an important announcement about his film, Joji. Inspired by Shakespeare's Macbeth, the film received heaps of love and praise from its audience and now the Fahadh Faasil starrer also won a top honour at the Swedish International Film Festival as it was selected as the Best International Feature Film.

Directed by Dileesh Pothan, the film was unable to release theatrically owing to the pandemic and the restrictions imposed across the country. The film was released directly on Amazon Prime Video, where it won everyone's hearts. Apart from Fahadh Faasil, the Malayalam crime drama also saw Baburaj, Shammi Thilakan and Unnimaya Prasad take on pivotal roles. The film marked the second collaboration of Faasil with director Dileesh Pothan and the writer of the film, Syam Pushkaran. The trio had earlier joined hands for the 2016 film, Maheshinte Prathikaaram.

The much-loved Fahadh Faasil is currently gearing up for his debut in the Telugu film industry. He will star in Pushpa, alongside  Allu Arjun as he takes on the role of the antagonist in the film. The makers of the film recently released the actor's first look for the film. Faasil will play an IPS officer named Bhanwar Singh Shekhawat and the poster revealed that his character will sport a bald look. The production house shared the poster and wrote, "Meet the #VillainofPushpa. The most talented #FahadhFaasil turns into the menacing Bhanwar Singh Shekhawat (IPS) and will lock horns with #PushpaRaj." The film will be released in two parts, with the first part being titled, Pushpa: The Rise.