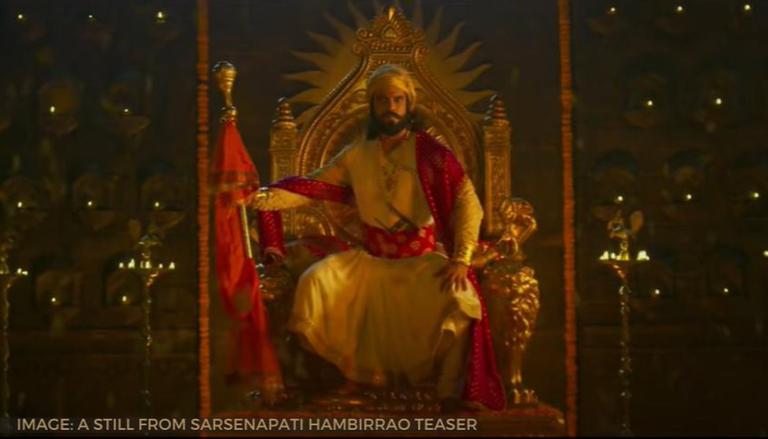 
Sarsenapati Hambirrao is an upcoming historical period action Marathi film. It stars Gashmeer Mahajani in the pivotal role of Chhatrapati Shivaji Maharaj. A few weeks ago, the teaser of the movie was dropped and generated good buzz. Now, Gashmeer shared his experience of portraying the legendary leader.

In a recent interview with News18, Gashmeer Mahajani talked about the pressure of depicting Chhatrapati Shivaji Maharaj. He said that he didn't felt "any pressure" as such. The actor recalled that when he stepped into the character, he automatically started feeling "like a king" in reality. He thinks it came from some "cosmic" connection. Gashmeer mentioned that he is "really happy" with the output because he almost started behaving like a king and the entire atmosphere, the setup played a crucial role in the same. He thanked the directorial team and the crew members for it.

Gashmeer Mahajani has mostly worked in Marathi movies, but he has also acted in Hindi films like Panipat, television shows such as Imlie, and the web series Shrikant Bashir. He asserted that he is "very passionate" about cinema since the initial days. The actor mentioned that when he was in college, he used to visit a library in Pune which had books pertaining to the cinema. So the craft is something that he is passionate about and it remains the same on all three mediums. Gashmeer noted that every medium is "unique in its own way" and he equally enjoys working on all. He explained that there’s no difference as such. The creative and technical aspects stay the same. But he admitted that one thing that differs a lot is the budget. The budget in the Hindi projects is "slightly more," he noted.

Sarsenapati Hambirrao is based on the chief military commander of Chhatrapati Shivaji’s army, Hambirrao Mohite. As an able military general, he executed multiple campaigns for Shivaji Raje and later served his eldest son, Sambhaji Maharaj, the second Chhatrapati of the Maratha empire. The film is directed by Pravin Vitthal Tarde, who also worked on the story, screenplay, and dialogue. More about Sarsenapati Hambirrao's cast and the plot will be revealed ahead. A release date is yet to be announced.