Owing to the controversy led by South Indian actor Suriya’s latest release 'Jai Bhim', security has been beefed up outside the actor’s house in Chennai. 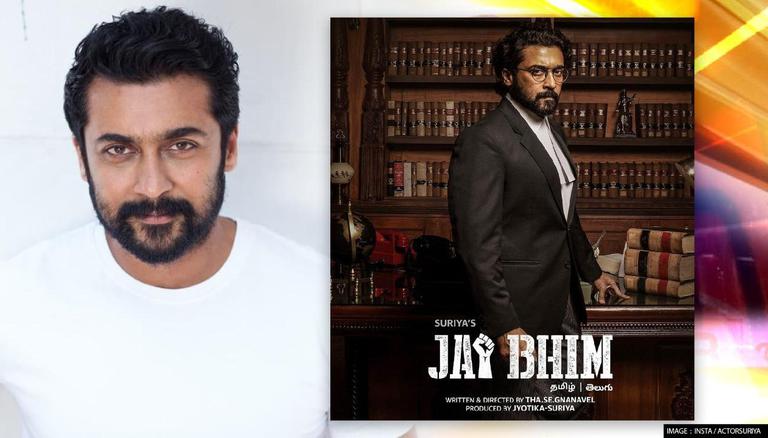 
Owing to the controversy led by South Indian actor Suriya’s latest release Jai Bhim, security has been beefed up outside the actor’s house. According to local media reports, the actor is being provided with special police protection at his residence in the wake of the ongoing hurt sentiments crusade conducted by the Vanniyar Sangam over his movie Jai Bhim.

The Vanniyar Sangam, a caste grouping for the Vanniya Kula Kshatriyas who are intermediary and dominant caste segment in the Tamil ethnicity, has issued a legal notice to the actor, who is also the producer of the film, for allegedly hurting their sentiments. In the notice, the Vanniyar Sangam also demanded the filmmakers to remove the scene from the movie where they believed there was a wrong representation of their community, projecting them as wrongdoers. In the legal notice, the Sangam had also sought a Rs 5 crore compensation within seven days.

So due to continuous threats against the Suriya Singham 3 actor, the police officials have given protection for Suriya's T Nagar house, Chennai, and five armed policemen have been deployed for the security check outside his house. The film that was released on November 2, has been garnering critical acclaim for telling the story of the Irular tribe, a Scheduled Tribe clan suffering unspeakable hardships in the Tamil society. The story of the film chronicles the life of an Irular tribal who was beaten to death in a police station because he wouldn’t confess to a crime that he didn’t commit.

READ | 'Jai Bhim' Controversy: Siddharth comes out in support of Suriya and the makers of film

Meanwhile, according to the lawyer, the symbol of Vanniyar Sangam,' Agni Gundam', was depicted in a calendar behind the Sub-Inspector in one of the scenes, to insult the Vanniyar community.

The film triggered a controversy as numerous members of the Vanniyar community argued that certain depictions in the story painted them in a negative light. Suriya and the team of Jai Bhim were also summoned by Dr Anbumani Ramadoss, the youth leader of the Pattali Makkal Katchi (PMK) and a Member of Parliament, to answer his questions about the portrayal of the Vanniyar community in the film.