'Kurup' Twitter review is out! Netizens shared their views on the Dulquer Salmaan-starrer, which hit the theatres across the globe this Friday. 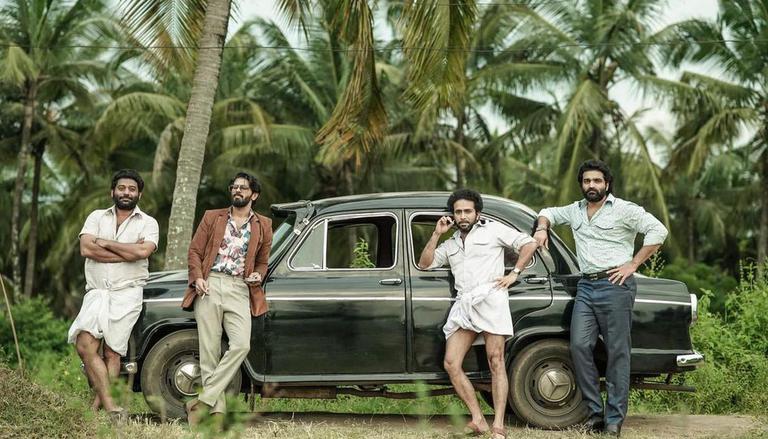 
Keraka was one of the states majorly affected by COVID-19 and one of the last to resume theatres amid the COVID-19 pandemic. The hopes for theatres rest, amid multiple Over-the-Top releases, on the Dulquer Salmaan-starrer Kurup. Based on a fugitive Kerala gangster, the venture is being looked forward to by the audiences who love out-and-out commercial movies.

The initial reviews of Kurup are out. The movie seemed to have worked its impact on audiences, as many took to Twitter to praise the film. Some of the other highlights of the comments which did not work for the movie were on its pacing, and lack of 'mass' scenes or 'wow factor.'

'Classic', 'pure class', 'very cleverly made and executed', 'nice theatre experience' were some of the terms used for Kurup. Dulquer was hailed for his 'class' portrayal, as mentioned by one, and the performances of the supporting actors too was appreciated, with Indrajith Sukumaran, Shine Tom and Tovino Thomas being mentioned. The second half was described as 'stellar' and the climax was termed as the 'best part' by some.

The depiction of the '80s was a factor mentioned in the comments. A Twitter user pointed out that a criminal was not glorified in the movie. Background music, cinematography, visuals and production values also found a mention in the reviews.

Some felt that it was predicatable, as they could guess what the next scene would be and that it was strictly a 'one time watch.' Among the other drawbacks for the venture was that the 'wow factor' was missing. Pacing was the only drawback, according to one netizen, while another wrote that there was a 'kind of lag.'

One wrote that it was a 'spectacular slow burner that was spectacularly made.'  Many wrote that one should not expect any 'mass' dialogues or scenes in the venture.

#Kurup movie is a class one, Don't expect any massive dialogues or mass scene, Just a pure story that addresses the Fugitive wanted from 1984..

Exicuted Climax in a well manner

All leading characters played well in this movie

The team won by showing the 80's era

Watched #Kurup at @ReelCinemas. A slow burner movie that is spectacularly made. The first half lags a bit but towards the interval, it gets interesting. The second half is stellar. Very cleverly made and executed. #kurupmovie #DulquerSalmaan pic.twitter.com/uhxFLj640X

#Kurup is all about the mastermind criminal - How he planned, committed and executed 💥

Quality making & outstanding Bgm score is the highlight of the movie

Stylish @dulQuer - Shine Tom - Indrajith - Tovino each and everyone were good

#Kurup 2nd Half & Climax ❤️ The best part of the film in last 30 min! No Glorifying, Pakka Classic ✅

Kurup has been directed by Srinath Rajendran. The movie also stars Sobhita Dhulipala, Sunny Wayne, Bharath Srinivasan, Surabhi Lakshmi and Vijayaraghavan. It has been penned by Jithin K. Jose, K. S. Aravind and Daniell Sayooj Nair. Dulquer Salmaan is also one of the producers of the movie.

The movie has the tagline, that it was the story of 'India's longest wanted fugitive' and that it was 'a tale of love, betrayal and murder.'