Prithviraj Sukumaran took to his Instagram on April 15, 2021, and shared a new update about the release date of his upcoming thriller 'Kuruthi'.


Aiyyaa actor Prithviraj Sukumaran just took to his Instagram and shared another poster of his upcoming movie Kuruthi, The poster said that the movie’s release date will be announced on Friday, April 16, 2021. Scroll along to have a look at the poster and know more about the movie.

The actor took to his Instagram in the evening of April 15, 2021, and shared a poster featuring him and Roshan Mathew on the sides of the poster. The poster had all the cast and crew details about the movie and also had, “Release Date Announcement Tomorrow – 6 PM IST”. Thus, the wait is finally over, and fans will find out when the movie will arrive in theatres on April 16, 2021.

For the caption, Prithviraj Sukumaran wrote, “#KURUTHI Release date announcement. Tomorrow 6pm IST! Stay tuned”. The post has been liked over 35k times since it was shared about an hour ago on the social media platform. Fans are eager to find out the movies release date and have left some exciting reactions full of heart and fire emojis in the comments below the post; take a look at some of them here. 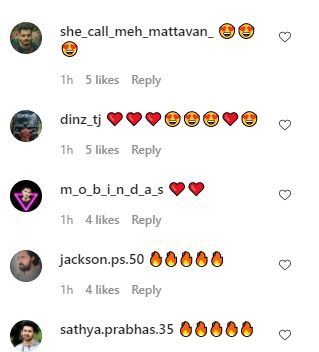 The movie’s teaser released on April 3, 2021, and its tag line reads “A vow to kill...An oath to protect!”. The movie is directed by Manu Warrier and marks his Malayalam debut, while Anish Pallyal wrote it. The socio-political thriller will be led by Prithviraj Sukumaran along with Murali Gopy, Roshan Matthew, Shine Tom Chacko and Srindaa playing other pivotal roles.

Kuruthi will be produced by Supriya Menon, under the banner Prithviraj Productions, marking the third venture of the production company after 9 and Driving License. Abinandhan Ramanujam cranks the camera for the film, while Akhilesh Mohan will handle the editing of the film and Jakes Bejoy is on board as the music composer. The movie has been shot at Erratupetta, where the filming commenced on December 9, 2020, and wrapped up, less than a month on January 4, 2021. The movie will be released in Malayalam.