Mohan Babu's 'Son of India' teaser was dropped on June 4, 2021. Read the teaser's review ahead and know more details about the upcoming movie 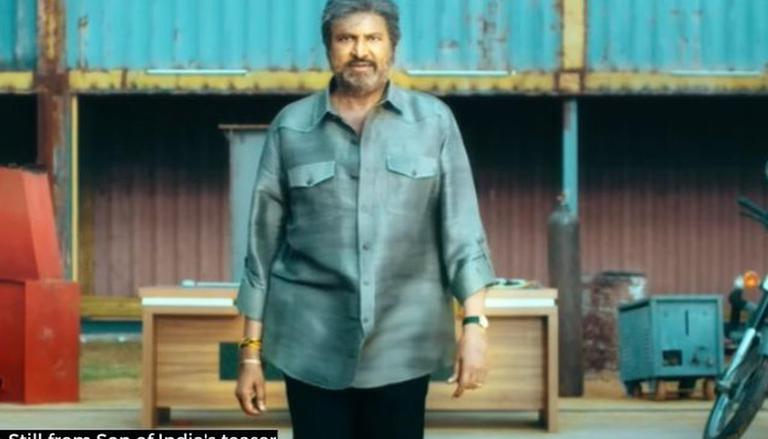 
The upcoming Telugu film Son of India is one of the highly anticipated releases of the year. This movie is produced by Vishnu Manchu and fans were eagerly waiting for an update on its teaser. In what comes as a delightful piece of news for the fans,  Mohan Babu's Son of India teaser was dropped on June 4, 2021. Here is the review of Son Of India’s teaser.

The teaser of this movie starts off with a silhouette walking towards the camera and south’s superstar Chiranjeevi’s voiceover introduces the character. He says that the person he is about to introduce is ‘beyond all our calculations’. He goes on to say that this person’s approach is very ‘unique’ from that of others. The next frame sees Mohan Babu’s character with a confident smile on his lips.

Chiranjeevi builds the crescendo by saying that only God knows when, where and in what form this person is going to go next. Chiranjeevi further says that even top brain specialists cannot fathom the thoughts that go on in this person’s mind. And then, finally, Mohan Babu’s voice is heard who says that he is the ‘light in the darkness and the darkness in light’.

The next frame sees Mohan Babu donning various characters like that of a police officer, a prisoner and even a priest. In a menacing voice, Mohan Babu concludes by saying that when he says ‘hack’ the person standing opposite to him ends up losing their neck. It is evident from the teaser that Mohan Babu is set to grace the screen with many characters. The music was also highly anticipatory, keeping the viewers on the edge of their seats as to what is about to happen next. Mohan Babu’s entry was smashing as he spoke about himself. All in all, the movie looks appears to be a complete package of action and drama.

READ | Mohan Babu's net worth, family and other details about the veteran Telugu actor

Apart from Mohan Babu, the cast of the film includes Srikanth, Pragya Jaiswal, Tanikella Bharani, Ali, Vennela Kishore, Prudhvi Raj, Raghu Babu, Raja Ravindra and Ravi Prakash among others. It is helmed by Diamond Ratna Babu and is produced under the Sree Lakshmi Prasanna Pictures and 24 Frames Factory. Music maestro Ilaiyaraaja has composed the music of this movie. Its release date has not been announced yet.