Nani took to his Instagram to reveal the release date of the theatrical trailer of his upcoming action movie Tuck Jagadish and shared a poster of the movie.

The 37-year-old actor took to his Instagram to share the exciting news with his fans who were awaiting the announcement. Sharing the poster of the movie, Nani revealed his look in the movie where he can be seen sporting an intense expression. Nani revealed in the caption that the Tuck Jagadish theatrical trailer will be released on the auspicious occasion of Ugadi on the 13th of April.

Fans could not hide their excitement as they expressed their anticipation for Nani's new movie. Several commented that they cannot wait for the movie to grace the theatres and watch Nani on the big screen. Some fans complimented the actor on his new look in the movie writing that he looked very stylish in the poster. Another fan called him cute and a natural star. 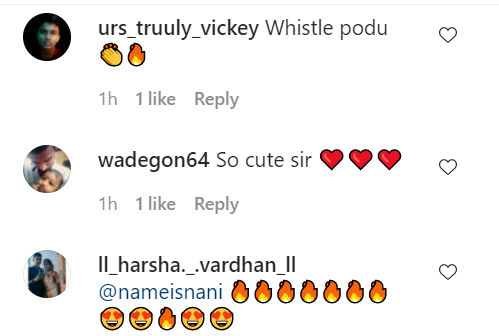 Tuck Jagadish is all set to be released on the 23rd of April this year. Leading opposite Nani is Ritu Varma who will be seen playing the role of Gummadi Varalakshmi. The action film will be produced under the production banner of Sahu Garapati and Harish Peddi's Shine Screens. Along with the lead actors, the supporting cast of the movie includes a list of talented actors like Aishwarya Rajesh, Jagapathi Babu, Nassar, and Rao Ramesh.

On the occasion of International Women's Day, Nani shared a small snippet from the action film Tuck Jagadish on his Instagram. In the video shared by Nani, he recorded a scene from the movie where he is surrounded by several women from the movie as they play around with Nani. He wrote in the caption that the team of Tuck Jagadish is celebrating how annoying women can be.