Naragasooran: Here's All You Need To Know About The Aravind Swamy Starrer's OTT Release

Naragasooran is a Tamil supernatural mystery thriller that will reportedly premiere digitally this month. Read on to know where you can watch it. 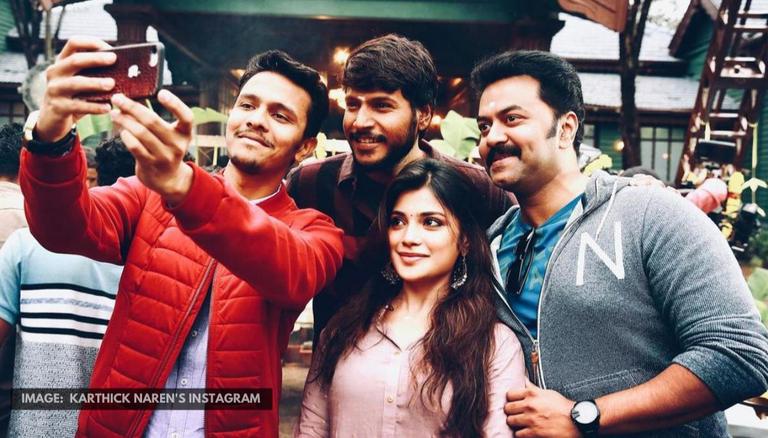 
Prolific filmmaker Karthick Naren's long-awaited Tamil film Naragasooran has been subjected to a lot of delays ever since its trailer released back in 2018. While it was previously announced that the Aravind Swamy-starrer would hit the silver screen on March 27, 2020, Naragasooran's release date was pushed again as theatres across the country remain shut owing to the ongoing COVID-19 pandemic. Now, if the grapevines are to be believed, the upcoming supernatural thriller film is all set for a direct-to-digital release, following the footsteps of a lot of other Kollywood films that took the OTT route as a result of theatres being shut.

Before the second wave of the Coronavirus pandemic hit the country, theatres in some parts of the country were given a green signal to re-open for a brief period of time, that too with an occupancy of 50 percent audience only. However, due to the rising COVID-19 cases in the past few months, a total shutdown on theatres has been imposed yet again, which apparently led to the makers of the Naragasooran directly releasing the film on a digital platform. According to a recent report by Cineulagam, the Karthick Naren-directorial will be premiered on SonyLIV.

READ | 'Jagame Thandhiram': How to watch this Dhanush-starrer Tamil film online? Find out

It was reported that the streaming service acquired the direct digital streaming rights of Naragasooran last month. According to the online portal's report, the film is all set to release in June this year. However, neither the streamers nor the makers of the Tamil film have officially announced the same.

Touted to be a supernatural mystery thriller, Naragasooran remained to be an unreleased film for two years straight after its trailer released back in August 2018. The film was meant to be the second directorial venture of Karthick Naren after Dhuruvangal Pathinaaru. However, due to constant delays, he went on to helm the Arun Vijay-starrer, Mafia: Chapter 1, which released in February 2020. Karthick has not only directed Naragasooran but also penned its screenplay, while the film is bankrolled by Badri Kasthuri under the banner, Shraddha Entertainment. The film's cast stars Aravind Swamy, Shriya Saran, Aathmika, Sundeep Kishan and Indrajith Sukumaran in pivotal roles.

READ | Remember when Vidya Balan was rejected by a Tamil producer during her initial days?

Watch the trailer of Naragasooran below: