Nawazuddin Siddiqui will be featuring as an antagonist in one of Chiranjeevi's upcoming films made by Bobby. Find out more about this right here! 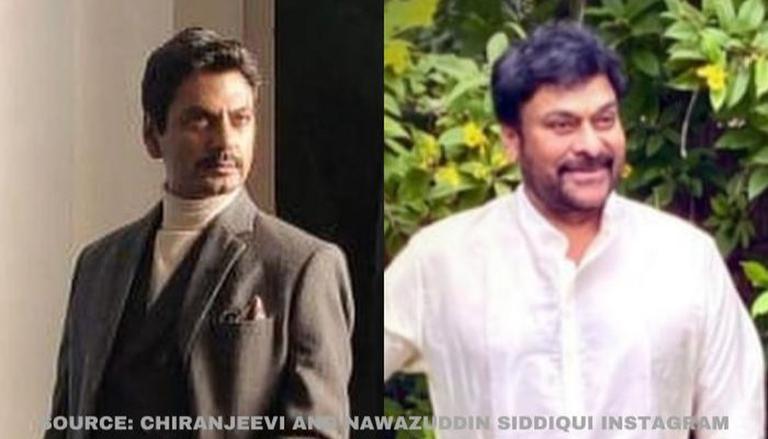 
Around February 2021, reports of K.S. Ravindra AKA Bobby's next venture broke out. The movie will reportedly star Chiranjeevi and will be produced by Mythri Movie Makers. According to reports by Tollywood.net, the makers will start shooting for the movie in the next few months and are in the process of finalising the rest of the cast. As per the reports, Nawaz was elated to be working with Chiranjeevi but asked for a narration of his character, that will be an antagonist. While he is confirmed to be a part of the cast, the makers are looking to cast Sonakshi Sinha for a notable role in the movie. Nawaz's role is kept under the wraps as of now!

Nawazuddin Siddiqui will be starring in the Shamas Siddiqui directorial Bole Chudiyan opposite Tammanaah Bhatia. The initial date for the movie's release was in late 2021. Bole Chudiyan is a romantic movie produced by Rajesh Bhatia and Kiran Bhatia. The movie will also feature Rajpal Yadav and Kabir Duhan Singh in notable roles.

Nawaz will also be a part of an upcoming romantic comedy film written by Ghalib Asad Bhopali and directed by Kushan Nandy called Jogira Sara Ra Ra. The movie will also star Neha Sharma, Sanjay Mishra, and Mahaakshay Chakraborty in notable roles, and the movie is produced by Kiran Shroff and Naeem Siddiqui. The movie reportedly wrapped its shooting on 7 April 2021 and is in the post-production stage as of now. The movie is set to release in the later months of 2021.

One of Nawazuddin Siddiqui's films is the upcoming American-Indian-Bangladeshi drama directed and written by Mostofa Sarwar Farooki. The movie is titled No Land's Man, and the subject deals with fascism and the identity crisis. The movie also features  Megan Mitchell, Eisha Chopra, and Tahsan Rahman Khan in the lead roles.  As of now, Nawaz is also filming for the sequel of Heropanti called Heropanti 2, and his film Sangeen is in the post-production stage.

Chiranjeevi will now be seen in the Kortala Siva written and directed Acharya. The movie is a multi starrer, and Chiranjeevi will be sharing the screen with his son Ram Charan Teja. The movie will be produced by Konidela Production Company, Matinee Entertainment and Niranjan Reddy. The film will also star Kajal Aggarwal and Pooja Hegde opposite the leading men. Sonu Sood, Jisshu Sengupta, Saurav Lokesh and Tanikella Bharani will be playing notable roles in the movie while Regina Cassandra will have a cameo in the film. The music for the movie will be composed by Mani Sharma.