Ahead of the release of Pushpa: The Rise Part 1, Prabhas is set to come out in support of Allu Arjun-starrer by gracing the pre-release event with his presence. 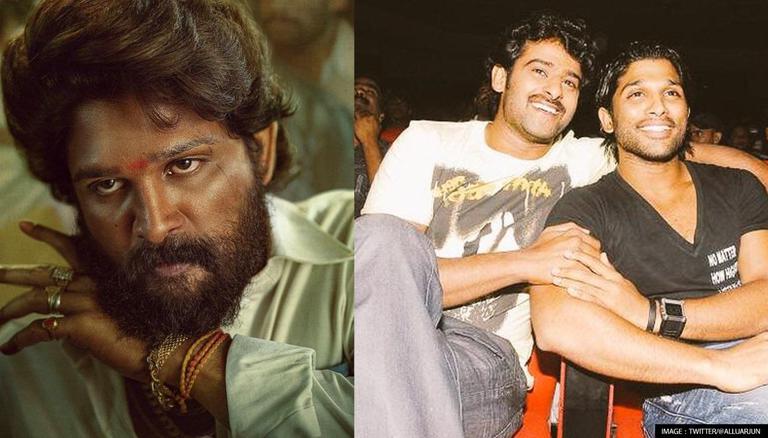 
The film industry is known to get competitive, but many contemporaries also support each other. In the Telugu film industry, many of the top actors have been friends for years and give shoutouts when their films are up for release. One such event is likely to happen between superstars Allu Arjun and Prabhas.

The occasion will be the pre-release event of the former's Pushpa: The Rise- Part 1. It is expected that the Baahubali actor would be a star attraction at the event.

The latest buzz doing the rounds on the internet, as reported by South film industry tracker Manobala Vijayabalan, who stated about Prabhas attending the Pushpa: The Rise pre-release event. The event will reportedly be held at the LB Stadium in Hyderabad on December 12.

Prabhas is known to support the other actors of the film industry, some past instances include -- coming for the pre-release event of Sharwanand and Mehreen Pirzada-starrer Mahanubhavudu a couple of years ago. This is the reason why another such collaboration is expected to be on cards for sure.

The strong bond that Prabhas and Allu Arjun share was evident on social media, like when the latter conveyed birthday greetings to the former, using words like 'Dearest Darling' and wishing him the best in life and career.

Many Many Happy Returns Of The Day To My Dearest Darling Prabhas . The Love & Affection I feel for him has been the same from beginning . Wishing You all the Happiness , Love & Success . #HappyBirthdayPrabhas pic.twitter.com/bKRtdolOYs

The event could be the perfect launchpad for the movie since it is hitting the theatres on December 17. The initial build-up is set to take place with the launch of the trailer, which the makers recently announced will be on December 6.

About Pushpa: The Rise - Part 1

Meanwhile, the buzz surrounding Pushpa: The Rise- Part 1 has been rising with the songs in the movie. Four singles Daako Daako Meka, Srivalli, Saami Saami and Eyy Bidda Idhi Naa Adda have already been released.  Samantha Ruth Prabhu is also starring in a special song of the film.

READ | 'Bob Biswas', 'RRR', 'Pushpa' are 'Most Anticipated Indian Movies and Shows' as per IMDb

The film is also being released in Tamil, Malayalam, Kannada and Hindi, and the songs have been unveiled in these languages as well.

The film has been directed and written by Sukumar. Allu Arjun plays the role of a truck driver involved in the red sanders smuggling in Andhra Pradesh. The movie also stars Rashmika Mandanna, Fahadh Faasil, among others.