'Pushpaka Vimanam' To Release In Theatres On November 12; Know More About Its OTT Release

The highly anticipated family entertainer Pushpaka Vimanam starring Anand Deverakonda is set to release in theatres on November 12. Read on to know more. 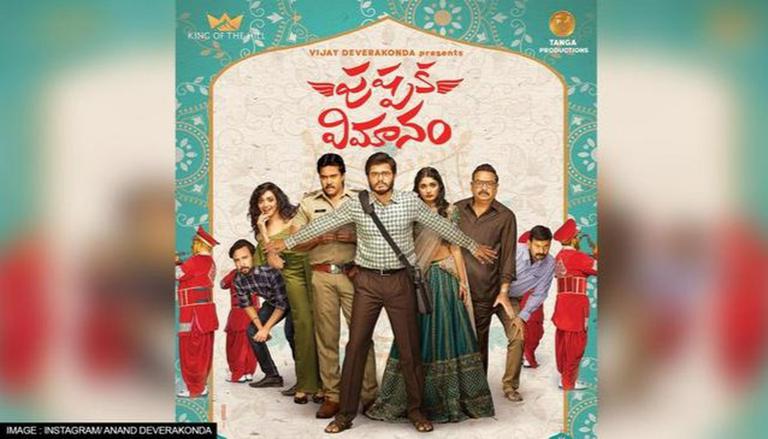 
The South film industry is buzzing with excitement over the release of Anand Deverakonda's forthcoming family entertainer titled Pushpaka Vimanam. From its stellar star cast to its rib-tickling comical moments, the trailer was positively received by netizens as South superstar Allu Arjun launched the trailer at a special event. Set for a big-screen outing, the movie will also witness an OTT premiere. Here is everything you need to know about the OTT release of Pushpaka Vimanam.

There were several rumours about the Telugu exclusive streaming platform, aha, acquiring the rights to the movie. However, the streamer has not confirmed such reports yet. On the other hand, according to a report from Telugu aha, the movie is yet to announce its official release date and rights to an OTT platform.

Directed by Tollywood debutant Damodara, the trailer was launched on Saturday, October 30 at an event attended by the star cast and special guests. Playing the role of a government school teacher, Anand Devarakonda is joined by Geeth Saini and Saanve Megghana in pivotal roles. The trailer of the film showed the hilarious plight of the actor trying to hide that his wife has eloped.

He is seen coming up with different ways to keep the suspicions away of his wife missing from his home. Finally, he resorts to lodge a complaint in the police station who, in turn, follows his every move because of his dubious intentions.

The movie is backed by Vijay Deverakonda's King of the Hill Productions and Tanga Productions. Owing to the prevailing conditions of the COVID pandemic, the movie received several setbacks for its release. With the theatres reopening in several major states, the movie is set to release on November 12. Anand Deverakonda is known for movies like Middle Class Melodies, Dorasani and Khushi Khushiyagi.