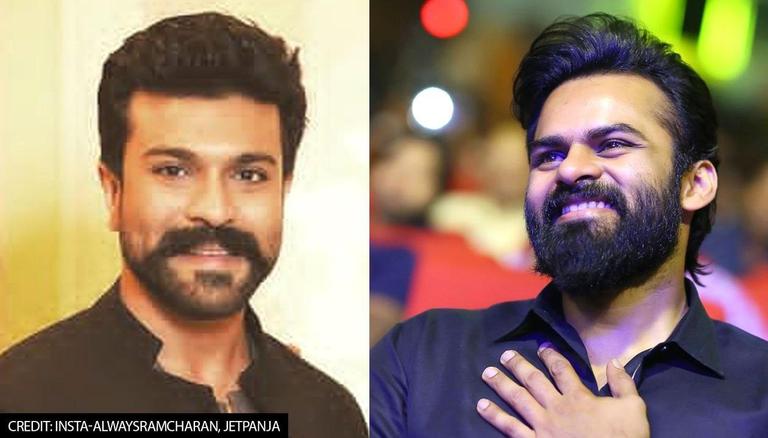 
Actor Ram Charan shared an update on the condition of his cousin actor Sai Dharam Tej during his appearance on the Bigg Boss Telugu Season 5. Solo Brathuke So Better actor Sai Dharam Tej met with an accident on September 10 at 7.30 pm in Madhapur, Hyderabad, as he lost control of his bike. He suffered collarbone fracture and soft tissue injuries and was kept in ICU for further observation and care. Check out the recent update on his health from his cousin Ram Charan.

The Yevadu actor Ram Charan appeared on the latest episode of Nagarjuna's Bigg Boss Telugu Season 5 where he was asked about his cousin Sai Dharam. Providing massive relief to the fans, Charan revealed that the 34-year-old actor was recovering quickly. He also added that he wants Tej to take his sweet time to recuperate as everything else can wait. Assuring his fans, Charan also stated that there was no reason to worry about anything anymore.

After suffering injuries from the accident, Tej was admitted to the Apollo Hospitals in Hyderabad. According to a report from Hindustan Times, the actor went through a surgical procedure for a collar bone fracture which had gone successful. Another statement from the hospital revealed, ''Actor Sai Dharam Tej is conscious and the ventilator support is removed. He is breathing on his own and doesn’t require any life support. He will continue to stay in hospital for few more days under the observation of doctors.''

After the news of his accident broke out, several fans and celebrities took to their social media to flood well wishes for the actor's speedy recovery. Family and the South film fraternity were often spotted visiting the actor in the hospital as the latest in the list is actor Allu Arjun who visited him after finishing his shoot for the day.

On the work front, the actor is gearing up for his forthcoming Telugu political thriller titled Republic. The movie also features Aishwarya Rajesh, Jagapathi Babu, and Ramya Krishna. Deva Katta directs it.