The rumours of Hyeri dating her 'My Roommate Is a Gumiho' co-star Jang Ki Yong have raised questions about whether she has broken up with Ryu Jun Yeol. Read on. 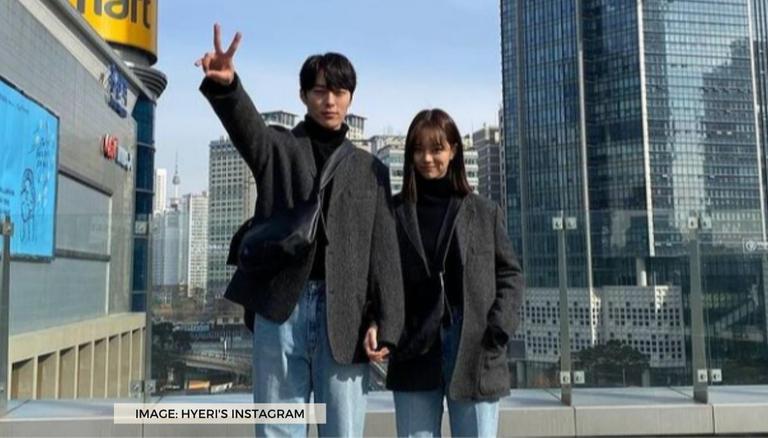 
The dating life of South Korean singer Hyeri has been among the highly discussed topics of discussion in the entertainment industry. She had started dating Ryu Jun Yeol a few years ago and the couple has been going strong ever since. However, a recently occurred incident has led many fans to believe that they may have broken up due to her proximity with actor Jang Ki Yong, who they believe may be her current boyfriend. Following are more details about what led to such speculations and who Hyeri is dating at the moment.

Hyeri is currently starring in My Roommate Is A Gumiho opposite Jang Ki Yong, and their chemistry seems to have caught the eyes of their fans. In their personal lives as well, the two stars appear to be quite comfortable around each other which has likely led to their dating rumours. A couple of weeks ago, the two actors had appeared on a radio show Kang Han Na’s Volume Up for the promotion of their TV series and seemed to be thoroughly enjoying each other’s company. Jang had even held her hand in one of the moments, which further intensified the rumours.

Just them vibin' together ✨ pic.twitter.com/J0BVNfc41z

However, since she has already been dating Ryu, it could be tough to assume that she is dating Jang unless she has broken up with Ryu. While their fans continue to speculate the current status of Hyeri’s relationship, there has been no response on this matter from any of the celebrities involved. Since there is no confirmation from any ends, it could be assumed that she is still in a relationship with Ryu.

Hyeri has become one of the prominent actor-singers in her country for the past few years. She has starred in a handful of popular TV shows such as Schoolgirl Detectives, Hyde Jekyll, Me, Record of Youth among others and has now featured in My Roommate Is a Gumiho. The show had premiered on television on May 26 and airs on TV every Wednesday and Thursday. Hyeri is set to feature on another show, When Flowers Bloom, I Think of the Moon, which is set to premiere later this year.