Madalsa Sharma gave a sneak peek into her on-screen wedding venue with co-star Sudhanshu Pandey. Check out the video from sets of ‘Anupamaa’; watch here. 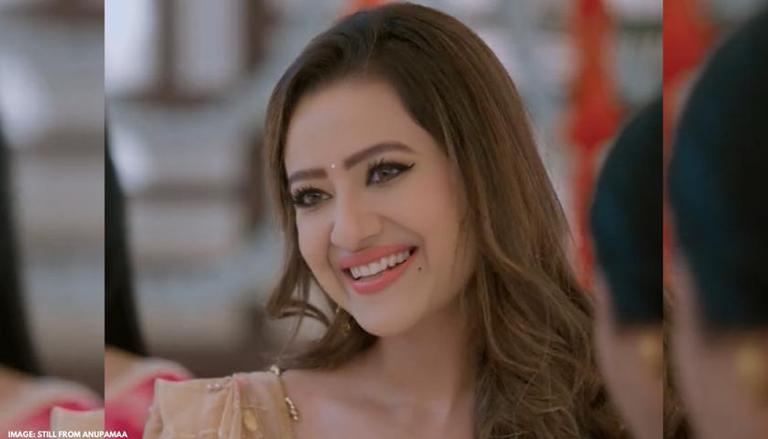 
Star Plus’ show Anupamaa has developed a major twist as Kavya and Anirudh have also got divorced officially. The former is all set to tie the knot with her boyfriend, Vanraj, unaware of the fact that he’s not yet mentally prepared for it. Looks like the makers are set to show an exquisite ceremony and Madalsa just shared glimpses of the same on social media. Sharma shared a video on Friday afternoon in which she, decked up in a red ethnic suit, danced to the tunes of Lata Mangeshkar’s Maye Ni Maye. In the caption, she wrote in Hindi that Kavya has started preparing for the wedding and her “Dulhan mode is on” now. Her on-screen niece, Nandini (Anagha Bhosale) went on to call her the “Prettiest bride.”

Madalsa Sharma says her ‘dulhan mode’ is on

Recently, Madalsa Sharma got a surprise from her family, who travelled all the way to meet her. Her husband Mahaakshay Chakraborty, mother Sheela Sharma and father Subhash Sharma visited her on the sets of her show in Goa. Kavya wrote, “When your family gives you a surprise visit on set!,” while showing how her family members also posed with her and her co-stars Anagha Bhosale and Paras Kalnawat. She called it her “photo of the day”.

As per the latest inputs, actor Tassnim Sheikh has returned to the sets of Anupamaa, to wreak havoc in Kavya's life. She had tested positive for COVID-19 on April 9 and had shared a note in which she had written that she will come out as a stronger person with this experience. She shared pictures from the sets of the show on May 27 and wrote that her "work mode is on" now.

In the recent episode, Kavya feels excited about her wedding but doesn't see the same with any of the other family members. Meanwhile, Vanraj also makes a shocking revelation and informs Anupamaa that he's not ready to marry Kavya. However, Anupamaa hits back and tells him that he's already destroyed one life and now there's no point in breaking Kavya's heart. Rakhi is stunned to see Kavya's arrogance after the latter informs her that she'll marry Vanraj under any circumstances.