Bigg Boss 13: Will Mahira Sharma Get Evicted In Tonight's Episode?

Tonight's episode will be thrilling and interesting as fans are curious to see who will get evicted in the episode. Let's see what fate has in store for these contestants. With this, we end our live blog. Stay tuned for more updates on BB 13

Fanart is one of the sweetest and most creative ways to show your support to your favorite contestant. Bigg Boss 13 has now shared a promo where they have asked fans to share their coolest fanart, the best of which will be featured on their page. The promo also featured many of Bigg Boss' old contestants, who will return to the show for one last happy reunion.

It’s time you show us how much you support your favorite contestant, share all fan-art pieces made by you, use #BB13FanArt, and the best ones get featured on our page 😍
Watch #BiggBoss13, tonight at 10.30 PM!

In an interview, Mahira Sharma's mother spoke about the 'closeness' between her daughter and Paras. According to her, Mahira and Paras are like sister and brother and have a very sibling-like relationship. The interview can be found on this TikTok page. 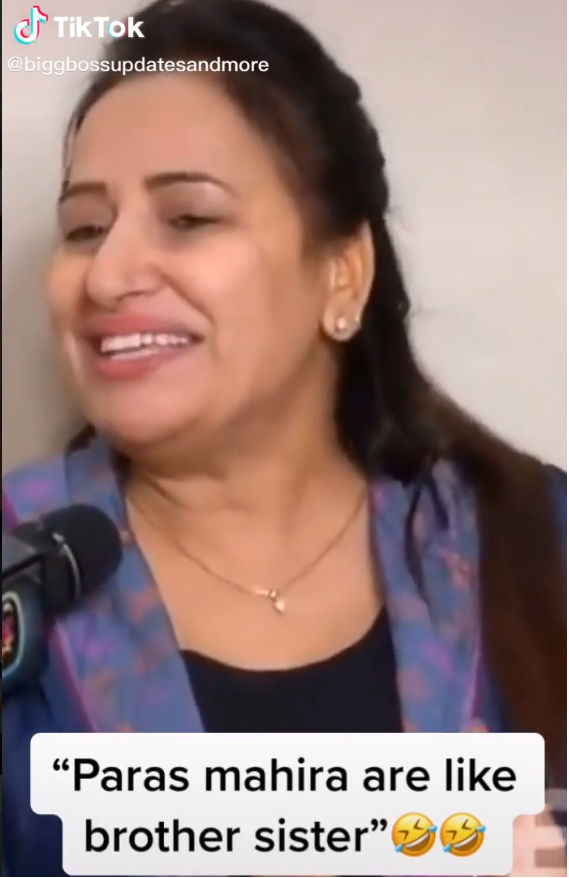 Shehnaaz and Mehira have been frienemies throughout the course of Bigg Boss 13. While the two have often fought with each other, they have also stood by one another on several occasions to strengthen their position in the show. According to rumours, Mahira will be eliminated from the show in tonight's episode. Before she leaves, will she patch up with Shehnaaz?

Recent rumours have stated Mahira will be eliminated in tonight's episode of Bigg Boss 13. However, Mahira's fans are not happy with this news and many have taken to social media to support their favourite contestant. Some fans have also said that Mahira is more deserving to be in top 5 than Arti Singh.

She's the loudest of all, shouts UNNECESSARILY and that too in others' matters when no one really cares! Didn't play politics tho but is only here coz of NEPOTISM and has given ZERO to the show. #ArtiSingh is a free loader and as non deserving as #MahiraSharma. #BB13

Before she leaves the show, Mahira tries to reunite Sidharth and Rashami one last time. Check out the video that was shared by Bigg Boss' Twitter.

Recent rumours have revealed that Mahira Sharma will be eliminated from the show on tonight's episodes. While many netizens criticised Mahira and rejoiced at the news of her elimination, the contestant still had a large fan following who truly supported her. Many fans of Mahira are now upset at the news of her removal from the show and are rallying for her on social media.

Request to all Supporters and fans of #MahiraSharma to keep this picture as a PROFILE PICTURE!

Well played Girl❤️
Most loyal girl in friendship from BB13~

Netizens on Twitter are currently speculating that Mahira Sharma will be eliminated from Bigg Boss 13 in tonight's episode. While many are for her removal from the show, quite a few people are also showing their support for Mahira and do not want her to be kicked out of the house.

The way #MahiraSharma and #ArtiSingh are scared and behaving it clearly shows they know they are not voted by audience,they have not done anything that people should vote them, they know they have come all this way coz of makers and some HMs #BiggBoss13 time to leave the house.

#MahiraSharma is going to regret not soaking the opportunity of being in #BiggBoss13 , not making any other friend apart from #ParasChabbra, just became a shadow of that guy, she could have been less irritating if she she was confident of her individuality.

I’ll be so happy to see #MahiraSharma finally leave the house!!!! That girl was a pain!! 🤢#BiggBoss13

Everyone knows that Sidharth and Asim have always been at odds and have constantly had massive fights. However, they had a much different relationship at the start of the show. In last night's Q&A session, Sidharth tried to justify his constant conflicts with Asim by saying that it was always Asim who nudged him first and that he never started a fight.

Last night's episode had Paras commenting on how he didn't find it 'apt' when Shefali and Asim hugged each other in one of the previous episodes. In return, he was schooled for hugging and kissing Mahira Sharma several times on national television, despite being committed to Akanksha Puri.

This Weekend Ka Vaar saw no evictions, as Salman Khan declared that nominated contestants were safe. This led to Twitterati being furious, as this is not the first time it happened.

The last Weekend Ka Vaar saw Salman Khan reveal that there will be no evictions this week. However, he had given a hint that any one of the nominated contestants out of Shehnaaz Gill, Arti Singh and Mahira Sharma will be evicted soon. Since then, the viewers were waiting eagerly to see which contestant gets eliminated in the middle of the week.

As Vicky Kaushal will be seen entering the house, the fans will see him pulling the legs of the contestants by spooking them in the middle of the night with contestants thinking of it to be a paranormal activity. However, he will also announce the mid-week evictions and is expected to take out one of the nominated contestants along with him. The nominated contestants for this week are Shehnaaz Gill, Mahira Sharma and Arti Singh.

The actor is expected to enter the house for promoting his film, ‘Bhoot, The Haunted Ship’. However, he will also be seen announcing the name of the contestant whose journey will end for the race to the finale after coming so close to winning the trophy. Ever since then fans on Twitter have been wondering who could it be. Netizens are assuming that Mahira Sharma will be evicted from Bigg Boss 13 in tonight's episode. Let's see what fate has in store for Mahira in tonight's episode.