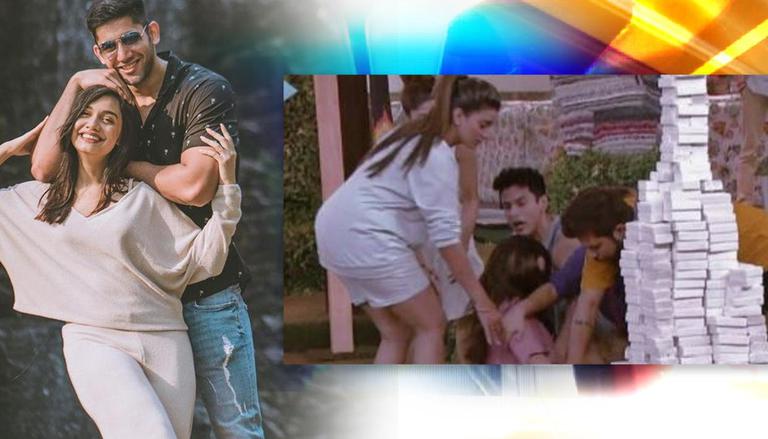 
Bigg Boss is synonymous with controversies and it has not been different with the latest season, Bigg Boss OTT. Zeeshan Khan being removed for getting into an altercation with Pratik Sehajpal and Nishant Bhatt became a talking point with numerous celebrities coming out in the ex-contestants support. In the wake of Zeeshan's eviction, 'violence' against Divya Agarwal too has sparked a controversy, with her boyfriend, actor Varun Sood lashing out at the makers.

The incident took place during one of the tasks, where the contestants were asked to build pyramids. Divya Agarwal was pinned down by Neha Bhasin, Pratik Sehajpal and the other contestants.

Here is my first tweet on #BiggBossOTT .#DivyaAgarwal was pinned by 4,5 housemates whole house was against her just like a Wolfpack and she was actually facing them alone.
She is one of the bravest girl in the history of biggboss.
Fighting with Hms,host and makers.@Divyakitweet pic.twitter.com/IV0qcpVd0K

Reacting to it, Varun Sood, who is being seen on Khatron Ke Khiladi 11 at the moment, expressed his anger. He tweeted that pushing someone was also 'hinsa' (violence) and added that people pinning someone down was also 'hinsa.'

He then gave a shoutout to his girlfriend Divya and stated that she was not 'so weak.' Varun stated that she did not make a big deal about it because she is physically strong, having been trained under Pro-MMA fighters. Tagging the makers, he reiterated the 'hinsa.'

Pushing someone is “hinsa”
Two people Pinning someone down is also “hinsa”@Divyakitweet isn’t so WEAK! hence she didn’t make a big deal about it. She has trained under Pro MMA Fighters.

His response was to Zeeshan being ejected from the show for coming to blows with Pratik and Nishant. Divya, whose connection was Zeeshan, and other contestants like Akshara Singh sat on a 'dharna' to protest his ejection later on. Varun had also then come out in support of Zeeshan. Among the other celebrities who backed Zeeshan were Gauahar Khan, Kishwer Merchant, Tina Dutta, Mugdha Chaphekar.

Kishwer called it 'disappointing.' "After they destroyed all the properties of the task and falsely accused ki lag raha hai… zee is out and not that other! #biggbossott,” the actor wrote.

Guahar felt Zeeshan was provoked and that if aggression was the reason, Pratik should have also been removed
"Prateek n Nishant clearly pushed zeeshan first! Breaking every single property of the task has no repercussions?????? #unfair," she tweeted. She added," Aggression was from both sides .. there’s been more aggression in recent seasons . If eviction had to happen pratik n zeeshan both should go," (sic).