Bigg Boss Telugu: Here’s How To Vote For Your Favourite Contestant

Bigg Boss Telugu season 3 started in July and only a handful of celebrities are left. Read here to know how save your favourite contestants from getting evicted

The third season of Bigg Boss Telugu, which kicked off this July, has already reached its crucial stage. Bigg Boss Telugu season 3 is broadcasted on Telugu channel Star Maa at 9:30 PM on weekdays and 9:00 PM on weekends. The reality television show is hosted by megastar Nagarjuna. The Bigg Boss franchise is known for its controversies, fights and its entertainment factor. Audiences are expected to vote for their favourite contestant, to save them from eliminations so that they stay in the house for one more week. You can vote in two ways to vote and save your favourite contestant. Here are the ways in which you can cast your vote.

Methods to cast your vote for Bigg Boss Telugu 3

Give a missed call 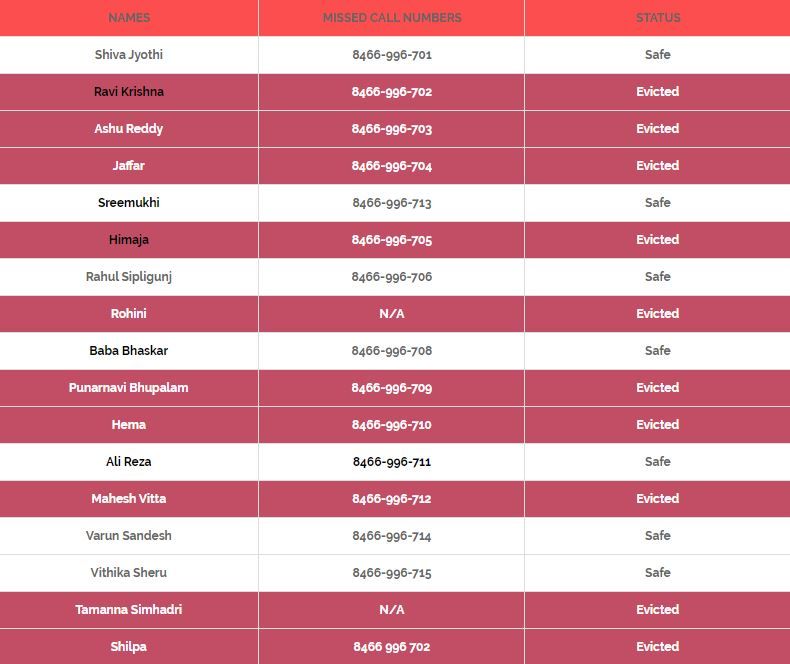 ALSO READ: Bigg Boss In Trouble As BJP MLA Urges To Ban The Show Due To Obscenity

Note: You can only cast 10 votes per day till Saturday midnight. You can either divide the number of votes between the contestants or vote for one person. Follow the below mentioned steps to cast the vote.

Step 2: There will be a vote button below the episode that you are streaming.

Step 4: Click on the picture of the participant that you want to vote for.

Step 5: Hit the submit button, and your vote will be casted.

ALSO READ: Bigg Boss 13: A Look Back At Everything That Happened On Day 2