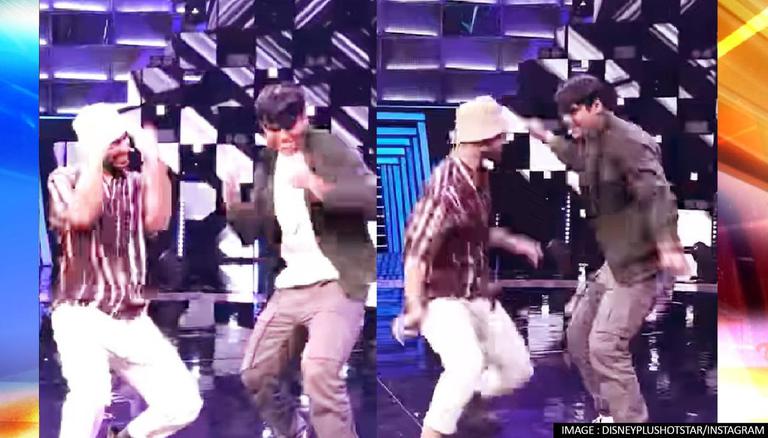 
Olympic gold medalist Neeraj Chopra was recently the talk of the town as he flaunted his top-notch acting skills in the recent ad for credit card bill payment platform CRED. The Olympic star will soon grace the Dance+ 6 stage with his presence as he gears up to make a guest appearance on the reality dance show. Disney+Hotstar recently dropped a hilarious video that showcased Neeraj Chopra's fantastic dance moves.

Olympic gold medalist Neeraj Chopra showcased his fantastic dance moves along with host and dancer Raghav Juyal. The Olympics star was seen matching steps with Juyal as the duo showed their fans and followers the different kinds of dance steps. Some of the categories included parties with friends, bromance and weddings. The duo could be seen having the time of their lives on the Dance+ stage as they put their best foot forward.

The Olympic star javelin master was recently lauded by netizens for his outstanding acting in the recent Cred ad. In the video the athlete shared on his Twitter account, he can be seen stepping into the shoes of several characters. He takes on the role of a banker, reporter, boss of a company, student and film producer. Chopra received love and praise for his work in the advertisement and was lauded by millions. Former Indian cricketer Virender Sehwag reshared the Tweet of the ad and wrote, "The only person for whom ‘Kya Fekta hai Yaar’ is a compliment".

WE RECOMMEND
Neeraj Chopra shares his simple 2-step solution to say goodbye to stress
Gold Medalist Neeraj Chopra 'most mentioned' athlete globally on Instagram: Research
'Give that guy an Oscar too': Netizens laud Neeraj Chopra's acting skills in new ad
This video of Neeraj Chopra's 'golden' moment in Tokyo will definitely give you goosebumps
Neeraj Chopra & Leander Paes swap their respective Olympic medals as mark of respect
Listen to the latest songs, only on JioSaavn.com