Taking to Instagram, Katy Perry added a series of her photos along with a piece of happy news of her movie, Celebrating America being nominated at Emmys. 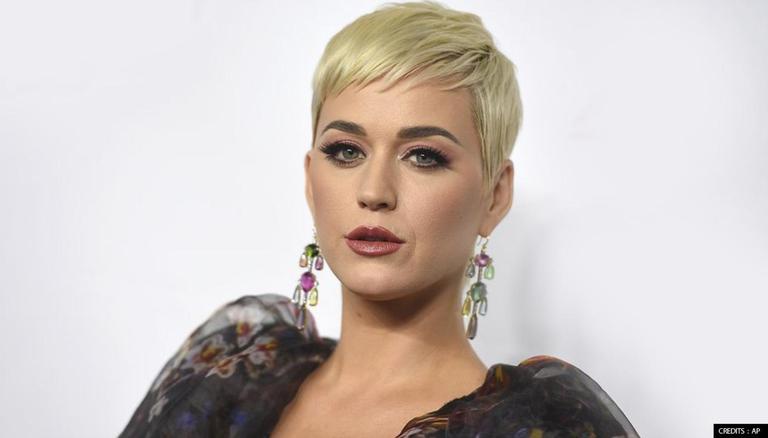 
As the nomination list of Emmys 2021 surfaced online, it has delighted several artists from the entertainment industry. One of them included Katy Perry who was thrilled to know about the Emmy nominations of the show, Celebrating America that she was a part of. The show received nominations under two popular categories.

Katy Perry recently took to her Instagram and posted some other stunning photos in which she can be seen posing in shimmering blue attire with a pearl necklace and gloves. In the caption, she mentioned how Celebrating America was nominated for the Outstanding Variety Special Emmy and stated, “So happy to have played a small part in a big and BRIGHT night 🇺🇸.”

As the Emmy 2021 nominations list surfaced on the internet in no time, several fans congratulated Katy Perry and dropped in hearts and heart-eyed emojis in the comments to express their delight on the news. Some of the fans also complimented Katy Perry on how she looked beautiful in her latest photos while many others referred to the nominations news as ‘awesome’. Even several celebrity artists took to Katy Perry’s Instagram post and dropped in congratulatory messages and stated how it was well deserved. Take a look at some of the reactions to Katy Perry’s latest Instagram post. 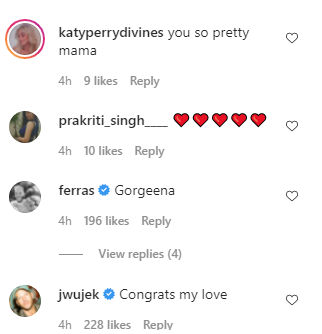 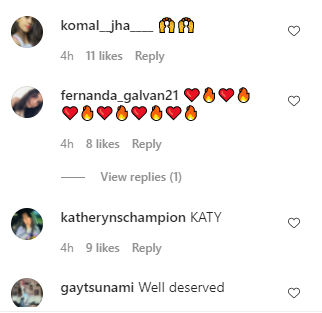 Celebrating America, hosted by the prominent actor, Tom Hanks was aired on January 20, 2021. It was held right after the inaugural events of Joe Biden. Backed by Ricky Kirshner and Glenn Weiss, the program featured several musical performances as well as speeches from  President Joe Biden, Vice President Kamala Harris and many others. The show received nominations at the 73rd Primetime Emmy Awards under Outstanding Variety Special (Live) and Outstanding Music Direction for Rickey Minor.

Some of the iconic Katy Perry’s songs are namely Electric, Chained to the Rythm, This Is How We Do, Wide Awake, Part of Me, The One That Got Away, Firework, Teenage Dream, Thinking of You and many more.