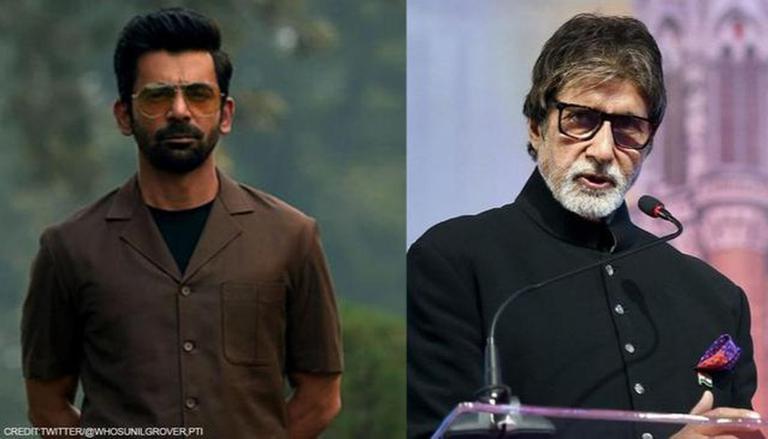 
Kaun Banega Crorepati hosted by superstar Amitabh Bachchan played the song Mere Husband Mujhe Pyaar Nahi Karte by comedian Sunil Grover in the most recent episode on the show. The show tests the knowledge of the contestants on various topics. The topics include a wide array of areas like art and cinema.

In the latest episode of Kaun Banega Crorepati, Amitabh Bachchan asked the contestant, Shraddha Khare to identify the comedian who sang the hilarious song, Mere Husband Mujhe Pyaar Nahi Karte. The contestant from Gwalior was given four options to choose from. They were, Ali Asgar, Kiku Sharda, Sunil Grover and Krushna Abhishek. The question was worth Rs 3,000.

Shraddha Khare was unsure of who sang the song and asked for the lifeline option to answer the question correctly. Khare put all his faith in the audience poll, where 73 per cent of the voters chose Sunil Grover as the right answer. Khare then went on and chose Grover as his answer and won Rs 3,000. After he got the answer right, Amitabh Bachchan praised Sunil Grover and called him an ‘incredible actor’.

Mere husband mujhe pyaar nahi karte was released in 2017. The comedian released the song from the point of view of his character Rinku Bhabhi from The Kapil Sharma Show. The song came out on International Women’s Day, March 8.

Listen to the song here-

Most recently, an old video of Amitabh Bachchan dabbing on Kaun Banega Crorepati went viral. The video that went viral was from the 11th season of the Indian game show. The actor dabbed after Abhishek Jha, the contestant in the episode won the fastest finger round. After he won, his friend in the audience dabbed several times, and this caught Bachchan’s eye. Abhishek Jha also dabbed in the direction of his friend, and Bachchan could not stop himself. He too hopped onto the bandwagon and imitated the dabbing duo. The video soon went viral and put a smile on fan’s faces.

A post shared by Emo Bois of India (@emoboisofindia)