Kumkum Bhagya’s Sriti Jha Walks On A Rope Over Water In Goa, Fans Call It 'insane'

'Kumkum Bhagya' actor Sriti Jha dropped a video in which he gave a glimpse of how she nailed slacklining in Goa. Celebs and fans commented on her post.


Kumkum Bhagya actor Sriti Jha took to Instagram on Friday night and dropped a video in which she nailed slacklining with perfection. She walked on a rope that was tied above the swimming pool in her villa in Goa. She mentioned that it was her first waterline and that it was amateur. Sharing the same, Sriti wrote, “Got on the line after almost two weeks and everything makes sense now.” As soon as Sriti Jha's Instagram post was up on the Internet, fans rushed to drop comments. A user wrote, “This is insane,” whereas another fan penned, “This lady, she does a whole lot of stuff.”

Actors like Sharad Kelkar, Pooja Banerjee, Mahhi Vij, Anita Hassanandani, Surbhi Jyoti, Dhrashti Dhami, Chhavi Pandey, Shashank Vyas, Mugdha Chaphekar and many others dropped endearing comments. Interestingly, this is not the first time when Sriti walked on the rope. Even before, she shared many videos that gave a glimpse of her while performing it. However, she did it above water for the first time.

Sriti Jha walks on a rope over water 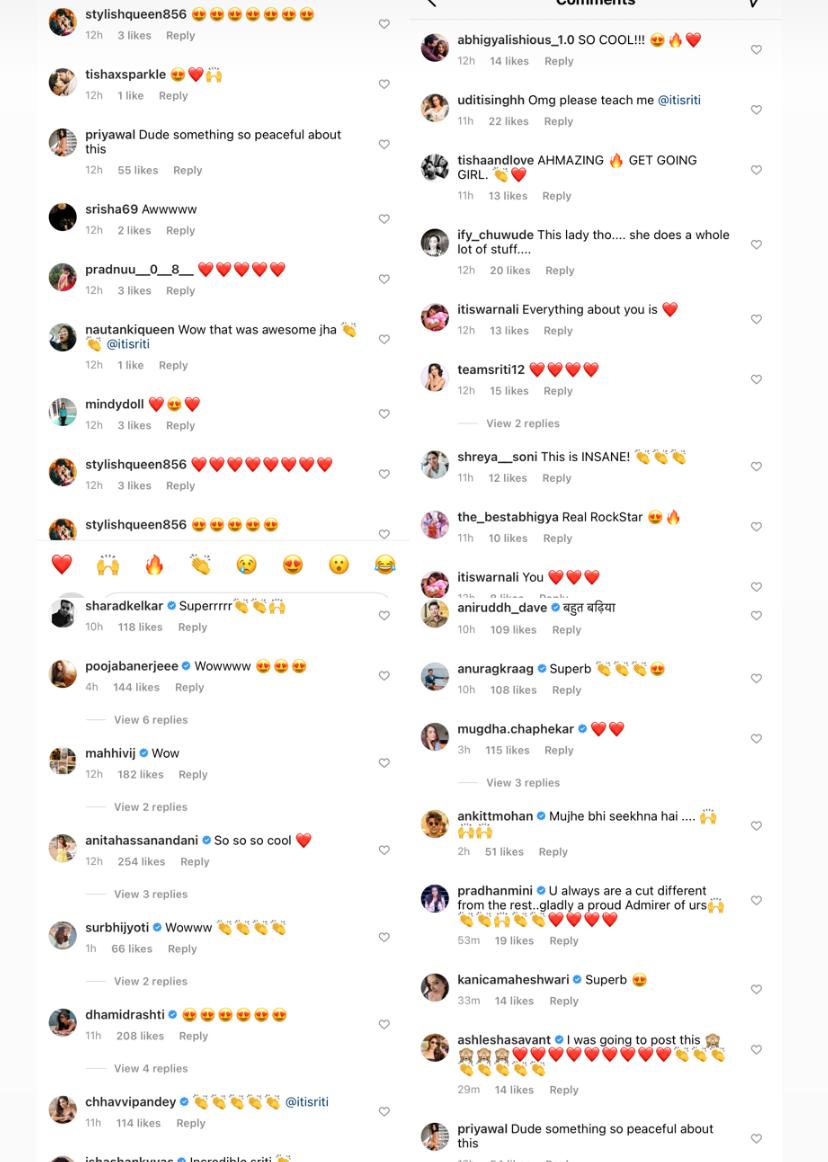 Earlier, she spoke about slacklining in detail and wrote that it has been therapy for her since she stepped on the line for the first time two months ago. She added, "It just makes you feel a million feelings and gets rid of so many feelings at the same time. I owe this to so many amazing people who held my hand while I found my balance." Sriti remarked that the slacklining community is one of the most amazing sets of people who’re committed to sharing the knowledge and the joy of finding balance. The actor also thanked a bunch of people who held her hand as she lost balance and continued that they've taught her to get up every time she falls.

On the work front, Sriti's show Kumkum Bhagya completed 7 years on Thursday. She dropped a video that had glimpses of her stills from the drama and several BTS moments and penned a lengthy note. She expressed that the last seven years have been the best years of her life and that the daily soap has taught her the true meaning of serendipity. She thanked Ekta Kapoor for making this magic happen. Kumkum Bhagya's cast also includes Shabir Ahluwalia, Leena Jumani, Mugdha Chaphekar, among others.