Fresh reports suggest that the lead actor Ragini Khanna may not be part of Sasural Genda Phool 2. Actor Shagun Sharma has been approached for the role. 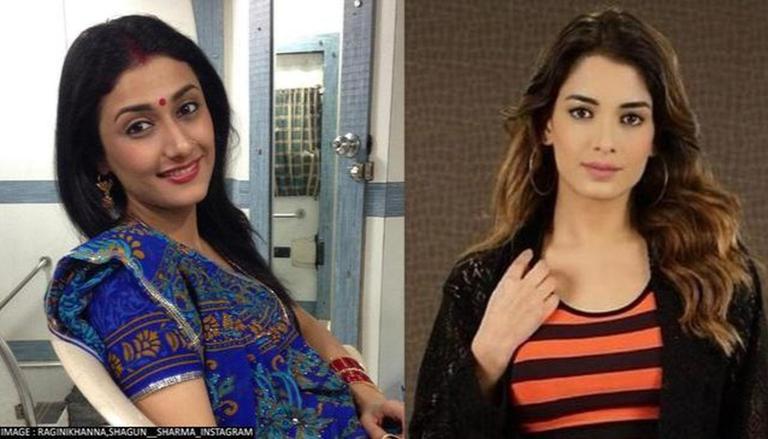 
Popular daily soap, Sasural Genda Phool (SGP) will be returning to the television with its season two. The show, which is still fresh in the minds of the audience, featured Ragini Khanna and Jay Soni in the lead roles. The first season was set against the backdrop of Old Delhi. According to Telly Chakkar, the cast members- Supriya Pilgaonkar and Sooraj Thapar will be probably returning to the show. However, fresh reports suggest that the lead actor Ragini Khanna may not be part of Sasural Genda Phool 2.

Ragini Khanna may not be part of Sasural Genda Phool 2

As per the report, there is a conflict between Khanna and the show makers over the monetary issue. The show's production house is in talks with television actor Shagun Sharma as they want the show to go on floors soon. Speaking about the same, Shagun confined that she has been in talks with them. However, nothing has been finalized and there is no official confirmation yet.

Shagun Sharma has appeared in several daily soaps like Kuch Toh Hai Tere Mere Darmiyaan, Gangaa, Iss Pyaar Ko Kya Naam Doon, and Tu Aashiqui. She was last seen in Ishk Par Zor Nahi that aired from March 2021 to August 2021 on Sony TV. She was featured opposite Param Singh. The plot revolves around two people with contrasting ideologies about marriage crossing paths with each other and further how it leads to chaos and misunderstandings. The story was penned by Sudhir Singh, Harneet Singh, and Nikita Dhond.

The report suggests the show makers are currently working on an interesting plot for the new season. They are hoping to recreate the magic and continue to win the audience all over again. The first season's plot revolved around two very different people- Ishaan Kashyap and Suhana Bajpai, who live in Delhi and fall in love with each other. It was directed by Ravi Ojha and Rakesh Kumar.

Meanwhile, for the unversed, Ragini Khanna has appeared in several films like Teen Thay Bhai, Gurgaon, Ghoomketu. She has been featured in shows like Comedy Nights Live, Entertainment Ki Raat, Kitchen Champion 5, Pandya Store, and others.

READ | Krushna Abhishek hopes to reconcile with Govinda & Sunita Ahuja, seeks forgiveness
READ | Remember when Ragini Khanna said that she had to struggle despite being Govinda's niece?

WE RECOMMEND
Remember when Ragini Khanna said that she had to struggle despite being Govinda's niece?
Krushna Abhishek’s family members who are popular personalities
Aashka Goradia treats fans with snippets from Goa trip with hubby Brent Goble; See pics
When Divyanka Tripathi missed her mom's presence amid the COVID-19 lockdown
Nawazuddin Siddiqui's 'Ghoomketu' and other films that released on OTT platforms
Listen to the latest songs, only on JioSaavn.com