Shaheer Sheikh and Ruchikaa Kapoor who had shared images of their baby shower just weeks ago, have been blessed with a baby girl, as per a report. 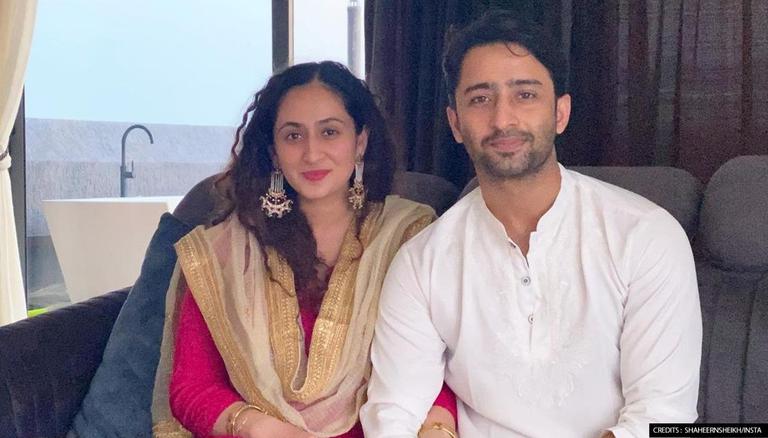 
Actor Shaheer Sheikh and wife Ruchikaa Kapoor have welcomed their first child on Friday night, reports said. The couple, who had shared images of their baby shower just weeks ago, have been blessed with a baby girl, as per a report in BollywoodLife.

On August 23, the Kuch Rang Pyar Ke Aise Bhi actor had hosted a baby shower for his wife Ruchikaa Kapoor. On the occasion, Ruchikaa was seen flaunting her baby bump in a pink gown, and Shaheer was seen in a grey T-shirt. Kapoor who is the senior vice president and creative producer of Ekta Kapoor's production house Balaji Motion Pictures Ltd had shared a heart-warming video montage from the baby shower on her Instagram. Their friends and fellow industry stars such as Krystle D’souza, Ridhi Dogra, Tanusri Dasgupta, and a few others had attended the event.

Now, the latest reports have revealed that Ruchikaa Kapoor has delivered a baby girl on Friday night. The couple is yet to make an official confirmation about the birth of their daughter.

READ | 'Pavitra Rishta: It's Never Too Late': Ankita, Shaheer talk about show ahead of release

Shaheer Sheikh and Ruchikaa Kapoor had tied the knot in November last year in a court marriage. The popular actor had met Ruchikaa after working in a couple of projects under the Balaji banner. The two had shared pictures from the court marriage last year on their Instagram. The couple was to throw a grand reception party in 2021 but their plans were foiled due to the COVID-19 pandemic.

In May, Ruchikaa's pregnancy news began doing the rounds however the couple chose to neither confirm or deny it. Ultimately on June 29, Shaheer Sheikh shared a picture where the couple was seen posing with Ruchikaa’s mother, father, and siblings. Sharing the photo, Shaheer wrote, "Happiness is homemade.. #betterTogether (sic)." Fans were quick to spot Kapoor's baby bump in the image.

READ | Shaheer Sheikh on playing Sushant's character in 'Pavitra Rishta 2': "It was pressurising"