Sidharth Shukla recently passed away due to a heart attack. Here is how Shweta Tiwari, Jay Bhanushali, Niti Taylor and others extended their grief. 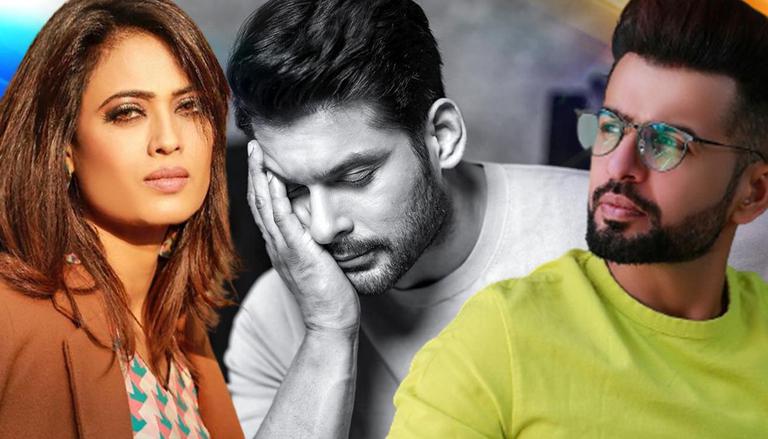 
Television actor Sidharth Shukla recently passed away due to a heart attack. The actor suffered a massive heart attack and was taken to the hospital. A senior official of Cooper Hospital confirmed the actor's death. He was 40 and is survived by his mother and two sisters. The news came as a shocker to the entire entertainment industry. Several celebrities were unable to believe that the Baika Vadhu fame actor was gone. Here is how Shweta Tiwari, Jay Bhanushali, Niti Taylor and others reacted to the news.

The news came as a shocker to actor Shweta Tiwari. She could not believe the news as she wrote, "What????? This is heartbreaking!!!!" in a story. The actor also shared a photo of Sidharth Shukla via Instagram and extended her grief.

In the caption, she wrote, "Impossible to process… too young, with too much potential. Rest in peace my friend…"

Actor and TV host Jay Bhanushali was seemingly shocked by the news of Sidharth Shukla's demise. The actor took to his Twitter handle to share a photo with the late Sidharth Shukla. He expressed his grief in the caption and wrote, "Shocked to hear news of my friend @sidharth_shukla  gone too soon Gone from our sight, but never from our hearts. RIP." Jay Bhanushali's wife and actor Mahhi Vij also had a good bond with Sidharth Shukla. Mahhi Vij shared a photo with the late actor wrote "Shukla," and added a broken heart emoji in the caption.

Shocked to hear news of my friend @sidharth_shukla gone too soon Gone from our sight, but never from our hearts.

Actor Niti Taylor could not process the Balika Vadhu actor passed away at an early age. Taking to Insatgram stories, Niti Taylor wrote, "This is shocking!!!! Life is so short! RIP." In another story, the actor prayed for Sidharth Shukla's family. She wrote, "This is heartbreaking.. Gone too soon. May God give strength to his family. RIP." 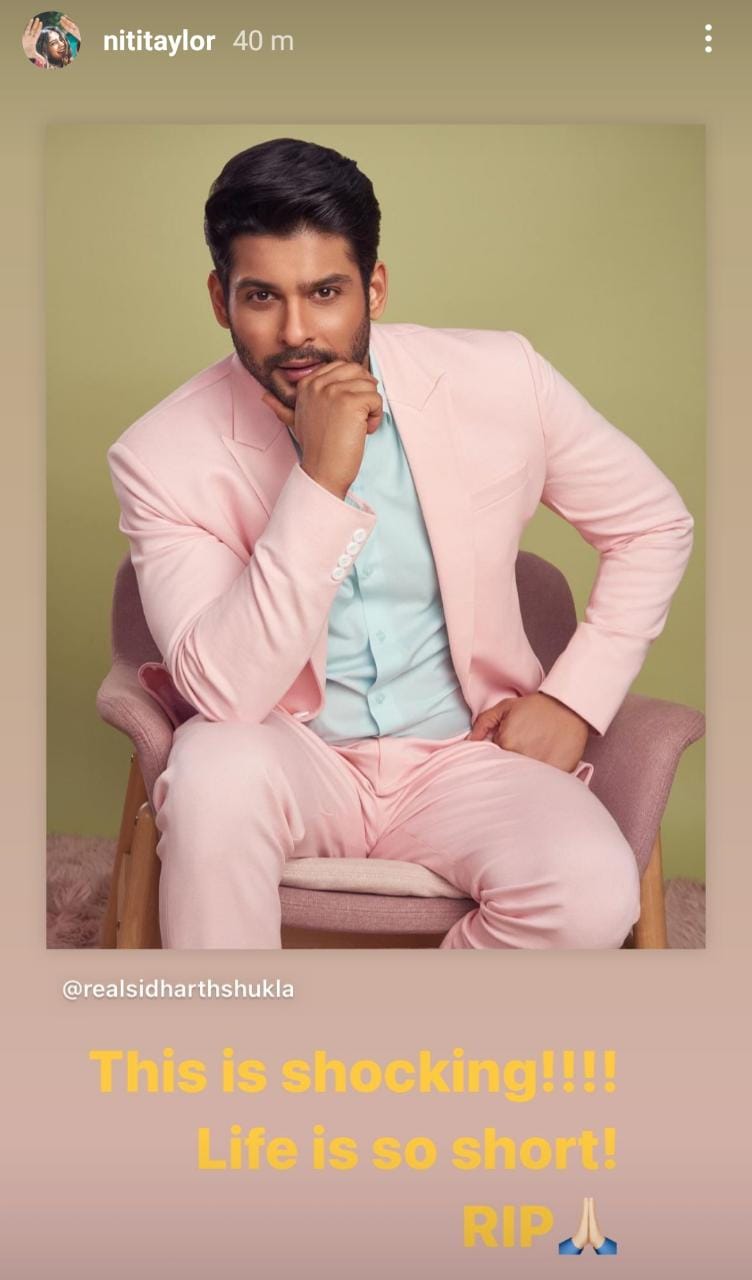 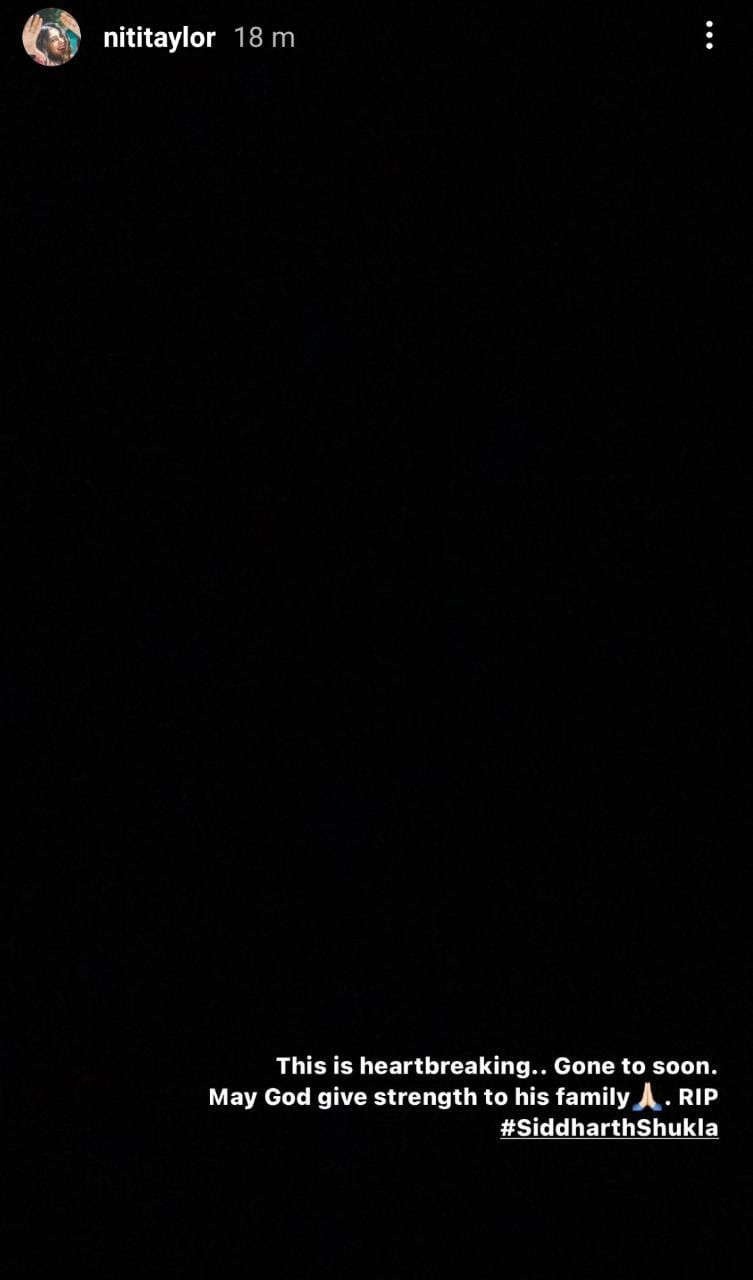 Actor Sidharth Shukla made his acting debut with the show Babu Ka Aangann Chootey Na. The actor became a household name with his role in the popular show Balika Vadhu. The actor has participated in several reality shows including Khatron Ke Khiladi. He won the show's seventh season. He was last seen in the web show Broken But Beautiful 3.