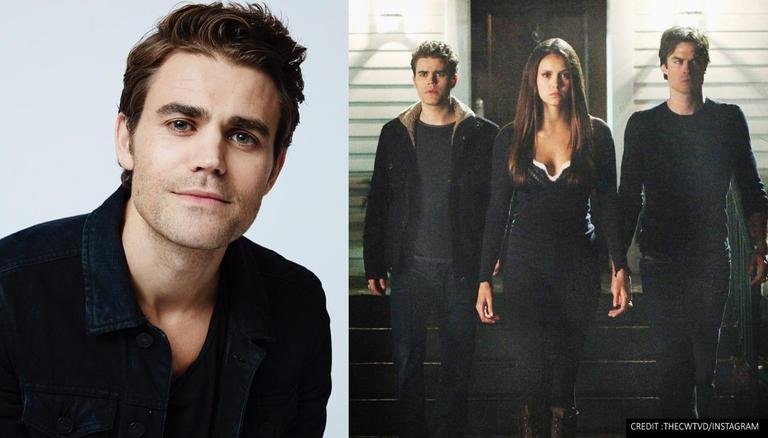 
Paul Wesley recently talked about his Vampire Diaries character, Stefan Salvatore, and his on-screen break-up with co-star Nina Dobrev's Elena, in season 2 of the show. The actor opened up about how he channelled a lot of emotions from his personal life for the devastating scene. Read on to find out what Paul had to say -

The Vampire Diaries aired from 2009 through 2017, consisting of eight seasons. All seasons of the show are available on Netflix.

While appearing on EW's BINGE podcast on Friday, Paul Wesley and Nina Dobrev both spoke about the well-known TVD ship Stelena's break-up, because of problems created by Elena's doppelganger, Katherine, also Dobrev. Recalling her double role in the fantasy drama, Dobrev said:

The first episode was just a couple flashbacks, and then they introduced her more and more, so I got to figure her out over the first season, and then season 2, once she was back and in the flesh and she was in a lot more of the episodes, it was crazy schedule-wise shooting both of the roles.

The appearance of Katherine Pierce as a present-day character wasn't just chaotic for Dobrev's schedules, but also the characters of Elena and Stefan. On the show, the infamous Katherine Pierce, who was always jealous of her teenage doppelganger, only wanted one thing in season 2: for Stefan and Elena to break up. Recalling the scene which devastated Stelena shippers at the time, Wesley said:

I remember doing at least four [takes] that were, like, pretty good. I also was dealing with a couple things in my personal life, so I didn't really want to go to dark places because I was trying to keep my head above water in real life, frankly. And so [director John] Behring kept pushing me. Maybe he sensed I was going through something and so he really wanted that on screen, and I remember just getting a little bit angry at him, even though it was his job. I would do the same as a director. When you're creating film or television, the whole point of it is to be honest and pure.

Wesley also opened up about channelling troubles in his own personal life for the scene. The actor also spoke about how the scene initially made him a "bit angry," however he admitted that the scene was good for the character and the show and he would do it again. He said:

That crying, that whole breakup was [me] dealing with my own stuff, essentially, on screen. And then I remember after we shot it I was a little relieved, but then also a little bit angry that I had to deal with that and then I had to go home and deal with that. But at the end of the day, it's on-screen, it works so great for the scene, and I would do it again in a heartbeat.