Television actor Surbhi Chandna was once asked about why she quit her show Ishqbaaz which was quite popular and Surbhi revealed the real reason behind her exit. 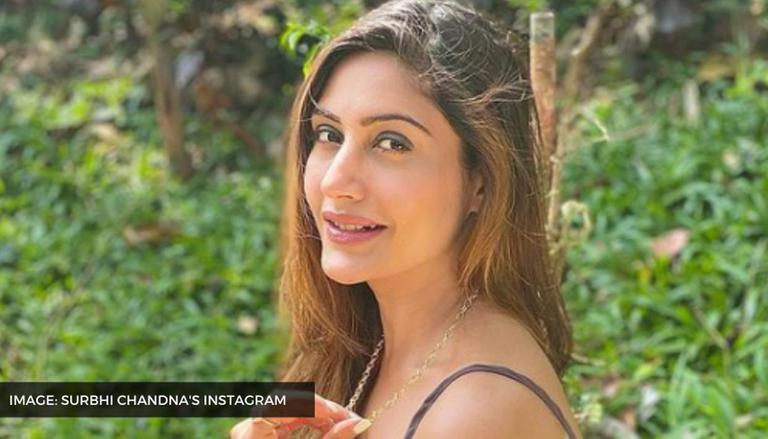 
Back in 2018, there was quite an uproar on the Internet related to the Star Plus show Ishqbaaz after actor Surbhi Chandna who played the lead role of Anika in the soap opera decided to take an exit from the show. Fans of the actor had started trending the "#NoSurbhiNoIshqbaaz" on Twitter and amid the situation, Surbhi revealed the real reason behind her decision to leave the show. Here's what she said.

Surbhi Chandna revealed the real reason for leaving the show

In a 2018 interview with Spotboye, the actor rubbished the rumours that she was quitting the show as she didn't want to play the role of a mother on-screen and shared, "How can I be a part of the show anymore when the show is taking a leap and I am not a part of it?". She further added that Gul Khan who was the producer of the show planned to take the story in a different direction so it was not actually her decision.

Elaborating on the same, the Naagin actor also shared that it was earlier decided that she will leave Ishqbaaz because of leap and not because she refused to play a mother on screen. She said that the mother track was only going to be a week or two long and the makers would have shown her as a pregnant woman before taking the leap. The actor continued by saying that she did not think that she should be a part of the leap as her character Anika has had so many graphs on the show and she doesn't think that she was ready to play a mother on her debut show. She also said, "I feel that I have many facets yet to explore as an artiste before I play mother."

READ | When Surbhi Chandna revealed about her guilty pleasures in food; Find out what they are!

Talking about the uproar that her exit caused on social media, Surbhi shared that she understands the sentiments of the viewers. Although she admitted that she has not read a lot of tweets and a lot of her acquaintances and friends have been messaging her about the same and she is aware of the #NoSurbhiNoIsqhbaaz. She also added that she holds no grudges against the show makers as she was a part of the show for more than 2 years and received a lot of love and appreciation from the audience for her performance.

READ | When Surbhi Chandna opened up about failure of 'Sanjivani 2': 'You need to see everything'

The actor made her debut as a lead actor in Ishqbaaz in 2016. Prior to that, she had made appearances in television shows like Qubool Hai, Taarak Mehta Ka Ooltah Chashmah and Aahat. After the audience loved her as Anika in Ishqbaaz she went on to star in Sanjivani reboot as Dr Ishani Arora. However, the actor rose to instant fame after she played the role of Aadinagin in Ekta Kapoor's Naagin 5. The audience loved her chemistry with co-actor Sharad Malhotra and recently the two collaborated for a music video titled Bepanah Pyar.

READ | When Surbhi Chandna recalled her favourite song and hummed it for fans; know what it is

READ | When Surbhi Chandna spilled the beans on what love means to her; read
READ | Surbhi Chandna on changing the ideal image of 'daughter-in-laws' via her show 'Ishqbaaz'