Yeh Rishta Kya Kehlata Hai's Mohsin Khan and Shivangi Joshi completed three and a half years on the show; here's what you need to know about 'Kaira'

Yeh Rishta Kya Kehlata Hai is one of the longest-running shows on television. The show has completed almost 10 years and airs on Star Plus. It is produced by Rajan Shahi under the banner of Directors Kut Productions. Over the years, the show has received a strong viewership. The first couple from the show, Akshara and Naitik was widely loved by the audience. The show later had a spin-off and their children took the show forward. One of them is Akshara’s daughter, Naira played by Shivangi Joshi. She is currently the female lead of the show opposite Kartik played by Mohsin Khan.

Kaira turns 3 in the show

The pair Kartik and Naira are widely appreciated by the viewers of the show. They are known to be one of the popular on-screen couples on the television. They are fondly known as Kaira. Kartik and Nair have been featured on the show together for almost three and a half years. Recently, the show completed 3000 episodes and the team had a grand celebration for the same. 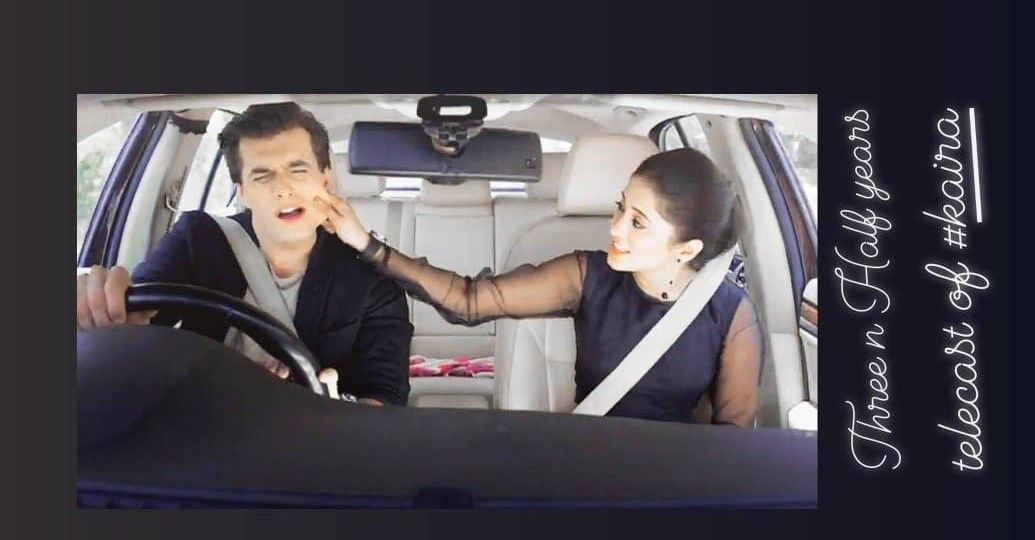 Mohsin Khan expressed his happiness by sharing a picture of the duo on his Instagram story. It was an adorable picture of Mohsin and Shivangi from the sets where they are seen sitting in the car. Shivangi is seen playing with Mohsin as she is pulling his cheeks and laughing. He captioned the picture as “Three n half years telecast of #Kaira." Mohsin is also rumoured to be dating his on-screen love-interest, Shivangi Joshi. The chemistry between the duo is adding spice to the show with all the romance and struggles they face together. The producer of the show, Rajan Shahi has announced that the show will be taking a big leap in February. According to the viewers of the show, it can also be an indication of a new jodi in the show.