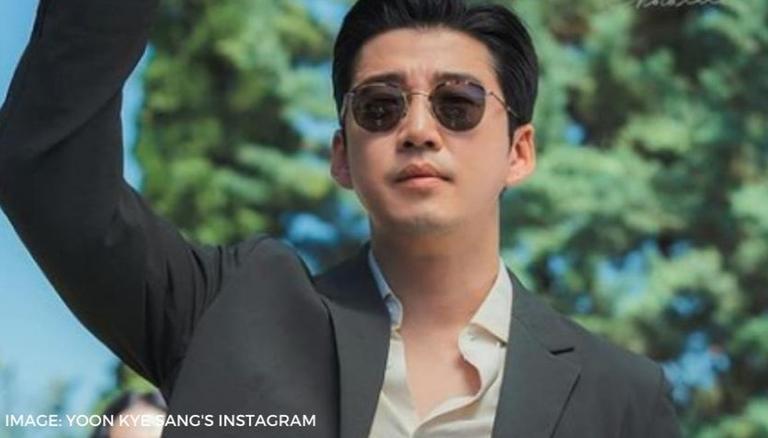 Yoon Kye Sang is in a relationship

After the report by Newsen, Yoon Kye Sang's label, Just Entertainment confirmed his relationship and released a statement saying, “Hello. This is JUST Entertainment. This is an official statement regarding the news about actor Yoon Kye Sang. Actor Yoon Kye Sang is currently in a relationship. Late last year, they met after being introduced by an acquaintance and have been seeing each other with positive feelings. As the woman he is dating is not a celebrity, we ask for everyone’s consideration so there is no harm caused due to disclosure of her personal information or excessive attention. Yoon Kye Sang is currently focusing on filming for the drama ‘Crime Puzzle’ and will continue to actively work as an actor. Please continue to show lots of love. Thank you.”

In an earlier interview with GQ in April 2021, Yoon Kye Sang said, “I said that I am a person who is not suitable for marriage, yes, 10 years ago. Now I want to get married.” It was reported that the actor is dating with the intention of marriage with the CEO and the two are “seriously discussing” the same. During the same interview, when the interviewer asked Yoon’s plans for the future, he said that he wants to try everything. Not as an actor, but as a person. “I want to get married, and I also want to try family life and forming a family,” he added. There is no official confirmation about their marriage yet.

On the work front, Yoon Kye Sang will soon be seen in the upcoming drama Crime Puzzle that will revolve around the story of a professor at the National Police University who is arrested one day after admitting to killing his girlfriend's father. The criminal case changes his successful life and he is sentenced to life in prison for the same.

WE RECOMMEND
Salman Khan movies that are remake of Korean films, from 'PRDP' to 'Bharat'
Randeep Hooda celebrates 12 years of 'Rubaru' with throwback Thursday picture