AOT Chapter 139 extra pages leaks have taken over social media. This alleged leak has come a a few weeks before the new volume's and special editions release. 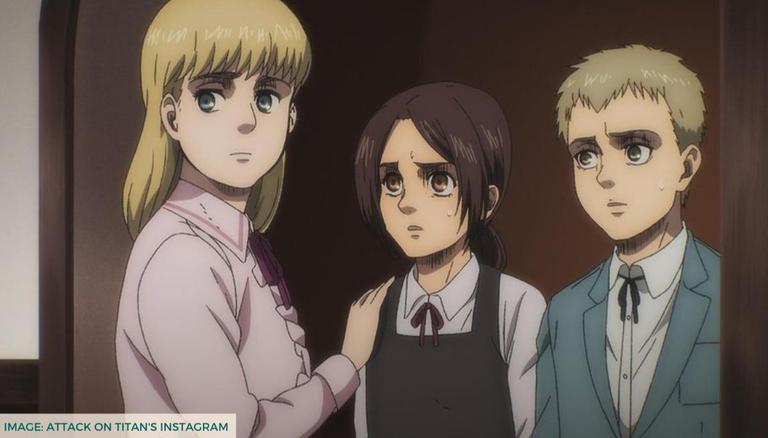 
Attack on Titan fans received a major glimpse of the upcoming volume 139. Few extra pages from the upcoming volume of the manga series were leaked online. Attack on Titan manga volume 32 will release in America on October 19, 2021. Whereas it will be released in Japan on June 9, 2021. Here’s all you need to know about AOT chapter 139 extra pages leaks.

Attack on Titan is one of the most popular manga series and currently it is prepping for the release of its newest volume. As mentioned earlier, the AOT volume 34 is scheduled to release in America in October and in June in Japan. According to Dual Shockers’ report, on May 14, 2021, a supposed leak from one of the extra pages surfaced online. This leak was from AOT chapter 139.

But it is still hard to say if this alleged leak is real or not. The alleged leak showcases two characters from the series walking towards a tomb with their baby. The faces of both the characters and the baby are not shown. Moreover, it seems like the three are walking towards Eren’s tomb present under a tree. Take a look at this tweet below.

READ | Attack on Titan Season 4 Release Date: When is Episode 14 going to be released? Find out

Name is as unpublished draft on which the manga chapters are usually based on. These Name also decide whether the manga is worth publishing. According to Kodansha, these two Name have never been made public before but were submitted to the “Serialization Conference”. Turns out Attack on Titan creator Hajime Isayama submitted these two Name for the serialization and got approved. But soon, he made changes to them and reworked the concept further. These two Name that will be part of the booklet will be from Chapter 138 and 139.

READ | 'Attack On Titan' meets Marvel's 'Avengers': Did you know the Avengers took on the Titans?
READ | Attack On Titan Chapter 139 leaks: Find out what happens in the last chapter of the manga