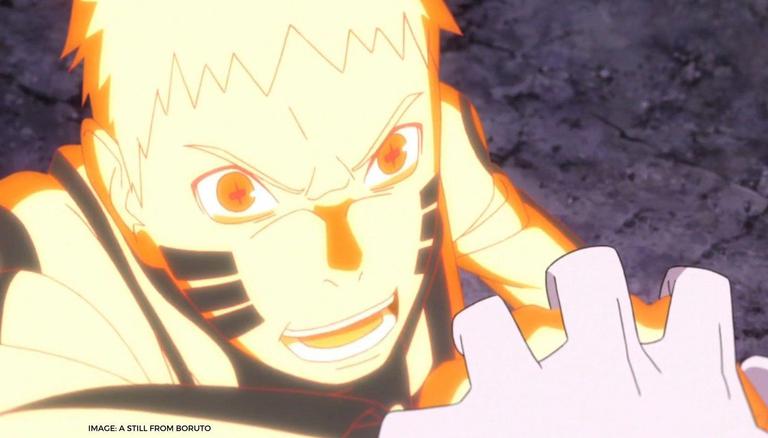 
Boruto: Naruto Next Generations is the continuing series of highly successful Naruto franchise, which aired for over a decade from 2002. Boruto, owing to the former’s success, enjoyed a similar reception in the anime and manga worlds, as it continued the plot established by Naruto and Naruto Shippuden. Boruto manga and anime follow the story of Boruto, Naturo's son who like his father, trains to be a top ninja.

The latest episode of Boruto, which came out on Sunday saw Naruto Uzumaki in a terrifying state in the episode’s cliffhanger. The previous episode of the series had upped the level of the anime as it saw Naruto and the others prepare for and fight Kara after Delta's defeat. However, Jigen took them on by surprise as he used his and Kawaki's Karma power to open a portal that led him right into the Uzumaki household. The episode ended by teasing the idea of Naruto and Sasuke in a face-off against Jigen.

Now, Boruto: Naruto Next Generations 204 saw Naruto and Sasuke down on their knees against Jigen. The episode showed how strong Jigen really is owing to his terrifying techniques. Although both Sasuke and Naruto were greatly injured, things looked worse for Naruto as he's now trapped within a coffin in the extra-dimensional space. While Sasuke is able to get away, Naruto is caught in the trap.

Naruto is currently trapped within the coffin inside of a new dimension that Jigen had transferred him to. Sasuke remains the only one who could teleport here, and thus Naruto Uzumaki's son Boruto along with the others of the Hidden Leaf now has a big battle in order to save their Hokage. The cliffhanger was one of the best till date as it revealed Naruto’s terrifying state. While the next episode will only come out on June 27, fans have already started to discuss Naruto spoilers in fan forums and social media.

About Boruto: Naruto Next Generations

Boruto: Naruto Next Generations, written by Ukyo Kodachi and Masashi Kishimoto, is a popular Japanese manga and anime series. It is both a spin-off and a sequel to the critically acclaimed show Naruto. The show which focuses on the life and adventures of Naruto Uzumaki’s son Boruto, first premiered in 2017. New episode of the anime is out every Sunday.

READ | Boruto episode 200 release date: All you need to know about the upcoming episode

READ | Is Delta dead in 'Boruto'? Know the results of Naruto and Delta's battle
READ | 'Boruto' director Masayuki Koda hypes fans ahead of Episode 204, says it will be 'Amazing'