Can't Wait For Money Heist Season 5? Here Are Other Shows/movies By The Lead Stars

As the viewers eagerly wait for Money Heist season 5, it would be interesting to see what other shows and movies showcased the lead actors of the series. 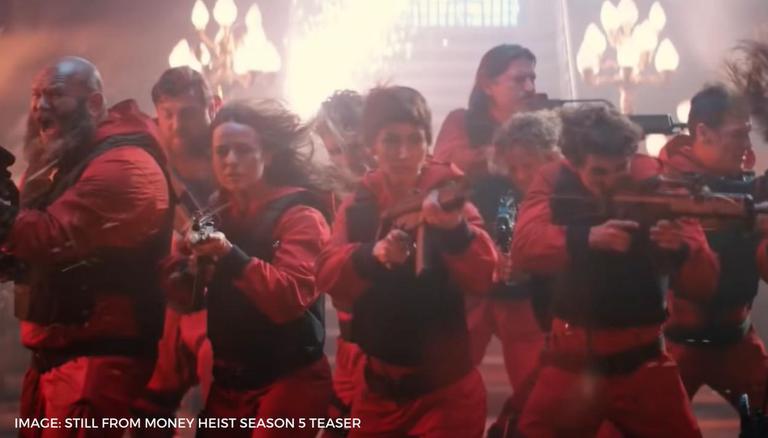 
Money Heist is a Spanish heist drama created by Alex Pina that follows the story of two prepared heists by The Professor along with his chosen team members. Money Heist Season 5 teaser recently dropped in leaving fans excited about its release than ever. As the show became a huge hit among the fans in no time, it would be interesting to know that the Money Heist cast namely Álvaro Morte, Úrsula Corberó, Itziar Ituño, Pedro Alonso, Alba Flores, Paco Tous, Esther Acebo, María Pedraza and others have also appeared in some of the other iconic movies and shows apart from this series.

Other shows/movies that featured the Money Heist cast members

It is a popular Spanish drama series that follows the mysteries involved in the lives of the hotel owner’s life as well as its staff. Directed by Carlos Sedes, the backdrop of the series has been set in the 20th Century during the reign of King Alphonso XIII. Pedro Alphonso essayed one of the significant roles of Diego Murquía / Adrián Vera Celande in the series. The series was received well by the audiences as well as the critics.

If you liked Alba Fores in Money Heist, then one of her other popular series named Locked Up could be added to your watchlist. It is a popular Spanish drama series that began streaming in 2015 and showcased actor Alba Fores as one of the leads. The series received positive reviews from viewers and it also came up with a spin-off in 2020.

Released in 2020, the Spanish television series has also been created by the director of Money Heist, Alex Pina. The story of the series follows the life of Álvaro Morte’s character, Oscar, who is married for 15 years and leads a double life with another woman. Many of the other popular Spanish actors became a part of the series namely Verónica Sánchez, Marta Milans, Roberto Enríquez, Paco Manzanedo, Antonio Garrido, Cecilia Roth and many more.

Directed by Manuela Burló Moreno, this Spanish comedy movie showcases Úrsula Corberó in the significant role of Marta. The plot of the film follows the lives of five teenage friends that live together and as one of them decides to get married, she is thrown a spectacular bachelorette party that gets out of control. The movie also included other actors namely Brays Efe, Celia de Molina, Natalia de Molina, Jim Arnold, Daniel Pérez, Miki Nadal and several others.

READ | 'Money Heist' season 5 release date and time out: Here's when the final season will arrive

Released in 2018, the movie has been co-written and directed by Joaquín Calderón. It follows the story of Agus, who performs in a band for the global diffusion of Basque heritage, who comes to know that his house where he was born is being demolished in order to build a new road. Itziar Ituño, who essayed the role of Raquel Murillo in Money Heist, was seen in this film in a pivotal role. Other actors of the movie include Kepa Baraiazarra, Txetxu Ayestarán, Mikel Belascoain, Oier Bizcarra, etc.

Created by Daniel Écija and Álex Pina, the Spanish TV series showcased actor Paco Tous in the lead along with Pepón Nieto. The story follows the life of a policeman and his colleagues’ journey through hilarious cases. Apart from Paco Tous, other actors in the series include Juan Diego, Hugo Silva, Cristina Plazas, Carlos Santos, Federico Celada, Clara Lago and others.