'Chesapeake Shores' Cast: Actors And The Characters They Portray In This Drama Series

Chesapeake Shores is a Canadian/American television drama series, produced by Hallmark. Read on to know about its cast and their other popular works. 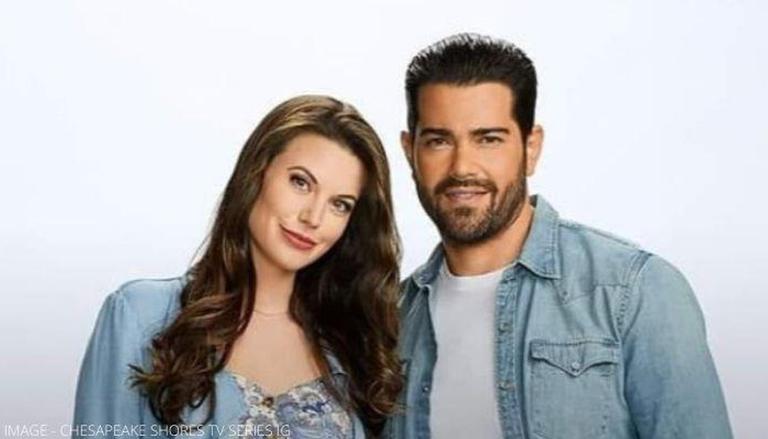 
Chesapeake Shores is a Canadian/American drama television series, based on the novel series of the same name by Sherryl Woods. The plot of the series revolves around Abby O'Brien Winters, who returns from New York to her hometown of Chesapeake Shores, Maryland, after receiving a panicked phone call from her youngest sister Jess, who is renovating the Inn at Eagle Point. The show has a total of four seasons and had premiered in the year 2016.

The cast of Chesapeake Shores has Meghan Ory in the lead role, portraying the character of Abby O'Brien-Winters. Meghan's character is a high-powered New York City career woman, a divorcée, a mother to two young daughters, and the oldest of Mick and Megan's five children. Ory is a Canadian television and film actor and is best known for her role as Red Riding Hood/Ruby on the ABC fantasy series Once Upon a Time. The actor started her career in 1999 with a movie titled The Darklings and since then has appeared in a number of films like Dark House, Blonde and Blonder, John Tucker Must Die among others.

Chesapeake Shores cast includes Jesse Metcalfe who plays the character of Abby's love interest Trace Riley. His character in the series is a musician and Abby's first love who has returned to Chesapeake Shores from Nashville. Metcalfe is an American actor and musician,  known for his portrayal of John Rowland on Desperate Housewives.  He also starred as Christopher Ewing in the TNT continuation of Dallas, based on the 1978 series of the same name. Jesse's other popular works include John Tucker Must Die, Hard Kill, Loaded, Destined, The Tortured, and The Ninth Passenger.

READ | 'Blue Miracle' cast: Here's all you need to know about characters from the Netflix film

Chesapeake Shores characters include Jess O'Brien, Abby's youngest sister, portrayed by Laci J Mailey. Laci's character in the show has bought a dilapidated old inn that she intends to transform into a bed and breakfast but she must call on Abby to save her from early bankruptcy. Mailey is a Canadian actor known for her recurring role on Falling Skies. She had a recurring role in the second season of the CBC Television series The Romeo Section as well. Her other works include Supernatural, iZombie, Motive, The Dorm among others.

READ | 'Ragnarok' season 2 cast: Everything you need to know about the characters they play

The cast of Chesapeake Shores has Emilie Ullerup portraying the role of Abby's younger sister Bree Elizabeth O'Brien. She plays the character of a struggling playwright living in Chicago, who is forced to return home owing to writer's block and her grandmother's deteriorating health. Emilie Ullerup is a Danish actor, best known for playing Ashley Magnus on the television series Sanctuary. Her other works include Life on the Line, Death Do Us Part, Hunt to Kill, Blood Ties, True Justice, and Almost Human.

READ | Hwarang cast: Details about the actors and their characters from this South Korean show

READ | 'Hero the Action Man 2' cast: A look at the actors in the Hindi dubbed version of 'Rogue'