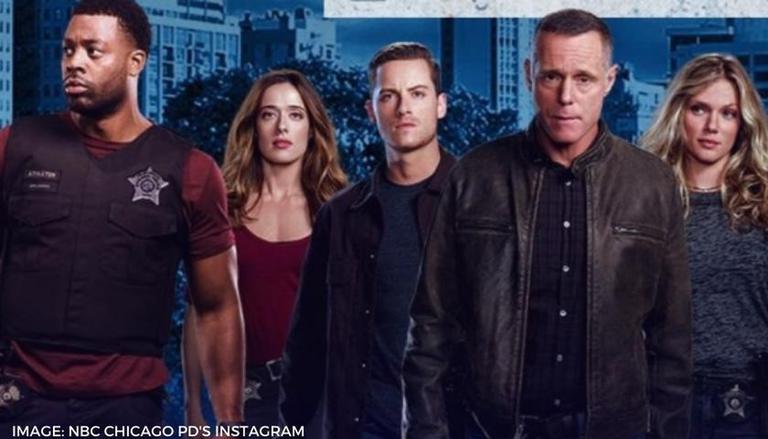 
Voight (Jason Beghe), as well as the surveillance unit, were confronted with their greatest nightmare in the season eight finale of NBC's Chicago PD when one of their own is gone and in the clutches of a wanted individual. This season, Voight has been on his best behaviour, trying to keep his crew generally on the straight and narrow, but that was all until Kim Burgess (Marina Squerciati) was thrown in the most dangerous situation imaginable. Burgess' kidnapper had no intention of letting her survive, but fate intervenes when the true criminal leader shows up and shoots both of them. Speaking about the season finale, Beghe has some big things to say about the episode.

The seasons of Chicago PD, Chicago Med, as well as Chicago Fire are all coming to a close on a climactic note. Jason Beghe said that the latest episode of the show was the most interesting piece of television he had been involved in and if they had not been able to pass that on to the audience then they as actors had truly messed up. Jason Beghe, the actor of Chicago PD, spoke with Access Hollywood's Zuri Hall before the show's finale night expressing his excitement. When asked how his programme will end, Eamonn Walker of Chicago Fire said that they had a spectacular finale lined up and they were planning on doing something that they had never done before. He further added that a lot of lives were on the line.

The final episode sees Burgess is alive, but seriously hurt and bleeding profusely. She takes the buckle off the deceased man and applies it as a ligature. She makes it to a car after discovering she's at a car lot, and if she just hangs on a little longer, she'll be able to drive herself towards safety. She, unfortunately, passes out following a heartbreaking sequence in which she continuously encourages herself to keep awake out loud. Sure, P.D. wouldn't be the same without her, but how about her adoptive daughter Makayla (Ramona Edith Williams)?

READ | What happened to Rojas on Chicago PD? Know more about her disappearance from the show

At this juncture, Ruzek is ultimately persuaded by Hailey Upton (Tracy Spiridakos) to return home with Makayla as well as accept that his squad will do everything it takes to reach Burgess. He gets a call he's been hoping for once he's finally calmed down and comforted Makayla. Burgess has been found by Halstead (Jesse Lee Soffer) and Atwater (LaRoyce Hawkins), but she has lost quite a bit of blood. Soon after, paramedics arrive and transport her to Chicago Med.