Netflix, during a global fan event named TUDUM, announced that Cobra Kai season 4 will be premiering on the streamer on December 31, 2021. 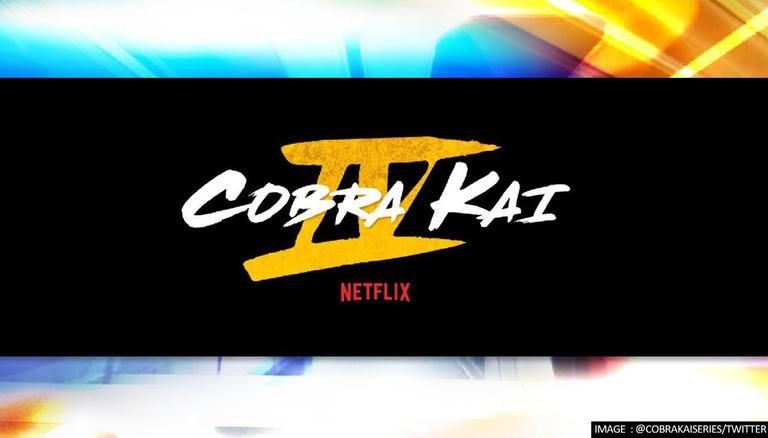 
On Monday, the online streaming giant, Netflix, during a global fan event named TUDUM, announced that Cobra Kai season 4 will premiere on the streamer on December 31, 2021. The streamer also dropped a teaser clip of the upcoming season 4 of the Emmy-nominated karate comedy series. The teaser included several footages from season 4.

Netflix dropped a short video giving fans a sneak peek into the upcoming season. The teaser clip begins with Daniel (played by Ralph Macchio) saying, "There's only one way we're going to be able to beat them...," before Johnny (essayed by William Zabka) interrupts: "By kicking their a****s so hard they s*** themselves!" The clip hints that the duo doesn't have an easy time blending their two different sensei styles.

The clip also shows the Miyagi-do and Eagle Fang dojos coming together in order to defeat John Kreese's Cobra Kai students in the All-Valley Karate Championship, and then, things get ugly. Along with Macchio and Zabka, the series also features Martin Kove as Kreese and Thomas Ian Griffith as Terry Silver. The first look clip also suggests Kreese calling in his old war buddy Silver.

The upcoming season will see Daniel and Johnny fighting to wrest Johnny's son Robby (played by Tanner Buchanan) from Kreese. The series season '3 was aired at the start of this year and was highly praised by the fans. Cobra Kai boss Josh Heald in the month of May had revealed that they have rapped filming for the new season. While speaking on the Paley Front Row panel Heald called the new episodes as 'even bigger' than what has come before.

Heald said, "All I can say is it was really important for us to end season three the way we did with a kind of like 'yeah!' as a feeling, as opposed to where season two went. And we want to deliver on that feeling. We want to keep providing the dopamine that generates that good feeling. We want to make sure we're delivering on goosebumps, on tears, on belly laughs, and fist bumps. It's the same recipe with different tastes and everything else, but it's even bigger so we're really, really proud of what we're making so far. I can't wait for you to see what everybody's doing."