Did You Know 'Money Heist' Actor Alvaro Morte Was A 'Professor' In Real Life Too?

Money Heist has a cult-like following in its own right with a lot of people admiring Alvaro Morte. The famed professor has also been a professor in real life. 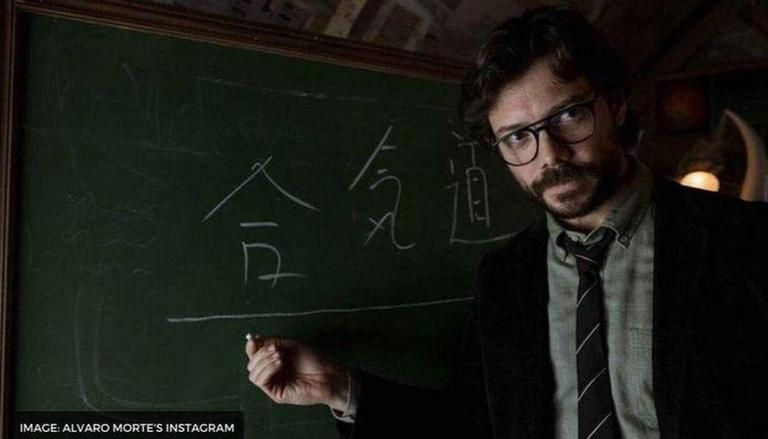 
The Professor is now recognised around the globe as the person with the ultimate heist strategy, which is why he is the first person that anyone thinks about when Money Heist is discussed. The series's four seasons have immortalised his identity as well as the Dali masks, and many viewers want to learn everything about the person behind Netflix's ultimate criminal mastermind. Alvaro Morte, who plays the now-famous king of crime, has amassed a fan following of over 10 million Instagram followers and a similarly large Twitter following. While Alvaro Morte is not like Money Heist’s Professor in most aspects, the two do share something important in common - the title of ‘Professor’.

Alvaro Morte as Professor is recognised everywhere today. Funnily enough, the title of ‘Professor’ is not one that is completely unwarranted in real life. While Morte does not have the expertise and formal degrees to be a professor, he has actually taken a few classes in a college, Screenrant reported. He could truly be considered a professor because he delivers literature as well as stage management lessons to pupils at Tampere University in Finland, where he graduated on a scholarship following his education in Spain. There are few specifics about his job at the university, but it's rumoured that he offers part-time classes that would render Sergio Marquina's episodes as the gang's teacher seem very familiar.

Another interesting fact about Money Heist’s Professor, as per Screenrant, is that Alvaro Morte fought for the title of best criminal genius in the history of crime drama since becoming El Professor. To get the part, he had to beat out Raymond Reddington from The Blacklist and Michael Scofield from Prison Break. The directors required a 50-year-old male with the appearance of a Harvard professor, that was just more than five years Morte's real age at the point. However, since the directors had already collaborated with him, they immediately favoured him. He, on the other hand, had to audition several times over the course of two months, on each occasion making a mistake before catching the part on his fifth try. When he read the part, he thought it would be similar to George Clooney’s part in Ocean’s Eleven, but eventually understood the technicalities of the character and got it right.