Friends Reunion is the talk of the town and the cast has been busy with promotions. Jennifer Aniston in one promotion said that the girls are like her sisters. 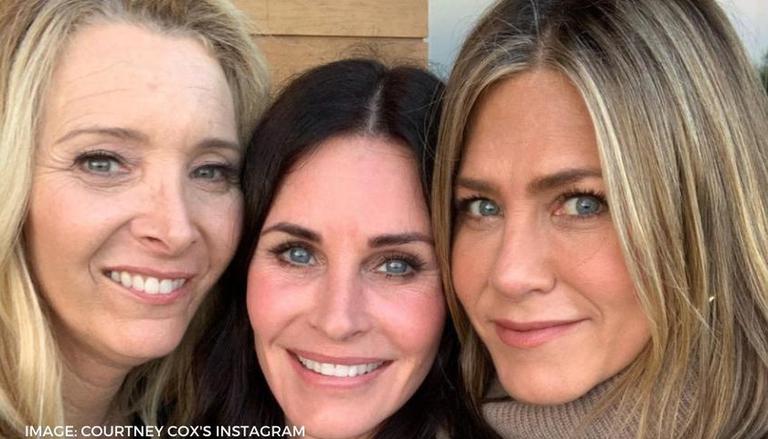 
Jennifer Aniston is most remembered for her role as Rachel Green in Friends. The sitcom has a cult-like following and even seventeen years after its end, the show is still popular with people of all ages. The audience has loved the character of Rachel Green, who was a little spoiled but who ultimately had a good heart. People also connected with the ups and downs her character faced in the show and how much she eventually grew. Now the cast of the show is finally coming together for a reunion.

The Friends Reunion has the cast talking about their feelings

The Friends Reunion has been the talk of the town ever since it was announced and now as the date draws closer, the Friends cast has been indulging in promotions for it. During one such promotion, the cast came together to talk about their incredible journey on the show and how they have still managed to preserve their friendship after all the years. In a chat with People magazine, Jennifer Aniston announced that the girls in the cast were not only friends, they were like sisters. She revealed that she had never had sisters but if she had to guess, she was sure it would be similar to how they were with each other.

Jennifer Aniston’s words can be confirmed by taking a look at the girls’ social media where they are often seen popping up on each others’ feeds and never seem to miss out on the greater occasions in each others’ lives. Lisa Kudrow and Jennifer Aniston have always been close and even have nicknames for each other. When they participated in Variety’s Actors On Actors, their bond really came to the forefront where they were seen playing the fool and having a general good time and complimenting each other.

READ | Courtney Cox's weekly round-up, know what star did after wrapping up FRIENDS Reunion shoot
READ | 'FRIENDS Reunion' special does not include Paul Rudd, upset fans tweet, "This is not fair"