Jeremy Renner considered turning down Hawkeye role when it was offered to him years ago. The 'American Hustle' actor recalled his 'main concern' then. 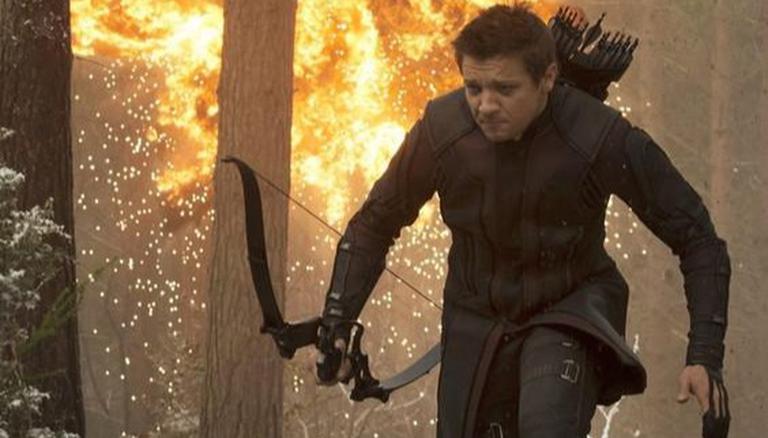 
Jeremy Renner has been synonymous with the character Hawkeye for the last decade. However, the initial idea for him was to turn down the role of the superhero, known for his archery powers.

The actor was not keen on signing up for a role that will require a long-term commitment, since he had to appear in numerous films over the years. He believed it was similar to signing his 'life away.'  The actor did not want to be one who would be wearing 'tights' at age 50.

Jeremy Renner, in an interview with Vanity Fair, recalled his memories of the meeting with Marvel Studios president Kevin Feige and Marvel Studios co-president Lou D'Esposito, who showed him the Ultimates version of Hawkeye. He said that he was excited during the initial discussions around the movie since Iron Man had just been released. He was 'into it' because he loved Iron-Man and was impressed by the manner in which the superhero, played by Robert Downey Jr, appeared plausible.

Though he initially said 'great' to the offer, but, when told about the deal involving appearing in Avengers films and potential Hawkeye films, his first reaction was 'Wait, I might be 50 in tights." The American Hustle star said that it was his 'main concern'. He wondered if anyone would want to see him in his tights at 50. Jeremy Renner was younger than 40 when he signed for the character and is 50 now.

READ | Jeremy Renner on playing 'Hawkeye' character in MCU films; "My feelings have only deepened"

Jeremy last played the Hawkeye character in an uncredited voice in the Scarlett Johansson-starrer blockbuster Black Widow earlier this year. Meanwhile, Jeremy Renner is currently in the news for the release of Hawkeye. The series streamed on Disney+ on November 24. Two episodes were streamed together. The remaining four episodes will be unveiled on a weekly basis till December 22. The superhero venture also stars Hailee Steinfeld among others.