How Many Episodes Of Attack On Titan Are Left? Check Total No. Of Episodes In Final Season

As the show moves towards its conclusion, fans have grown curious to know how many episodes of Attack on Titan are left to premiere? Read more 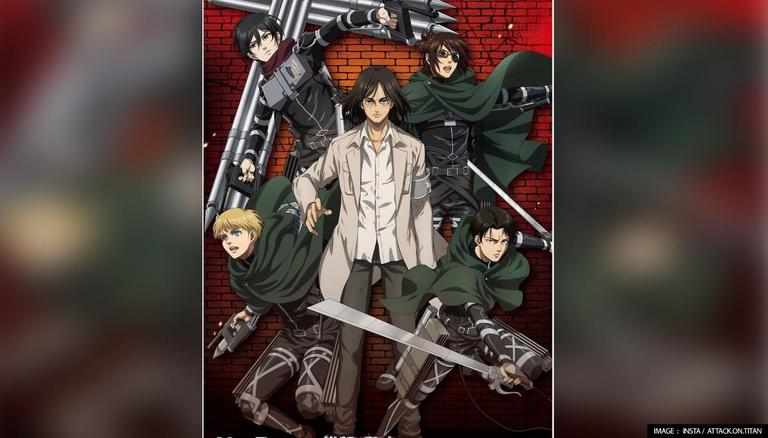 
While the enemies and friends have all joined forces to save the world from the wrath of Eren Jaeger, the acclaimed anime series Attack on Titan is nearing its end. Will the allied forces succeed to safeguard humanity or the world will be finally rid of Titans forever? Every week, Attack on Titan comes up with gripping twists leaving viewers hooked on to the plot. Notably, the Attack On Titan season 4 is also the final season of the anime series.

As the show inches towards its conclusion, fans have grown curious to know how many episodes of Attack on Titan are left to premiere. If you are one of them, then you've arrived at the perfect place to get all the answers. Continue reading to know the intriguing details.

How many episodes of Attack on Titan are left?

While there's no confirmation by the makers on the number of episodes in Attack On Titan season 4, it is reported that Part 2 of the show comprises about 12 episodes in total. If the reports are to be believed, then the finale of the show will likely premiere on April 4. It is important to note that the number of episodes on Attack On Titan season 4 might extend if a last-minute change is exercised by the creators.

Where to Watch Attack on Titan Season 4 Part 2?

The anime series premieres on various OTT platforms. In the USA, the latest episodes of AOT season 4 are streaming on Adult Swim's Toonami, in South East Asia it premieres on Aniplex Asia and SB2 in Australia. The original Japanese streaming network is MBS(#1-37) and NHK General TV(38~). Meanwhile, viewers can also enjoy the dubbed English episodes of AOT on Hulu and Funimation and Crunchyroll.