Is Boden Leaving 'Chicago Fire'? Know More About The Character 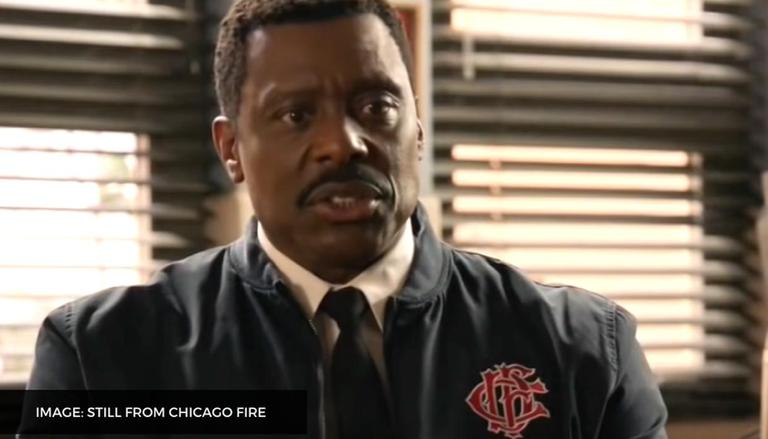 
With Chicago Fire season 9's finale episode getting closer, rumours of one of the characters leaving the show soon have been going around among fans. In March, Monica Raymund who played Gabriela "Gabby" Dawson bid adieu to the show. Raymund's character was given an honourable goodbye as she was sent to Puerto Rico to help the victims of a hurricane.

A promo of the last episode showed chances of Stella Kidd played by Miranda Rae Mayo, Kelly Severide played by Taylor Kinney, Matthew Casey played by Jesse Spencer and Wallace Boden played by Eamonn Walker leaving the show. While Stella could get kicked out since there are no vacancies at Firehouse 51 for another officer, Jesse Spencer and Taylor Kinney's contract will be over soon which could result in them exiting Chicago Fire, leaving Eamonn Walker as the main suspect of leaving the show. So, is Boden leaving Chicago Fire?

Wallace Boden is the Chief of Firehouse 51. The character is the one who overlooks the operations of all the firefighters, paramedics who work at Truck 81, Engine 51, Squad 3 and Ambulance 61 at the Firehouse. On the show, he has been shown as an honourable leader who is willing to put his own career on the line to protect his employees.

In the promotional video, he is shown asking for a promotion as the Deputy District Chief. Whether or not he gets the job will decide the fate of the rest of the characters. If Boden receives the promotion, either Matt Casey or Kelly Severide could be promoted as Chief which would allow Stella to take up the position of an officer at Firehouse 51. One of the members of Firehouse 51 is heard appreciating Boden for his service as Chief.

READ | What happened to Ben Warren on 'Station 19'? Here are all the details

The episode will also focus on Matt Casey and Sylvie Brett's relationship. As shown in the promo video, Casey awaits Brett's response to his heartfelt confession telling her how he feels about her. Chicago Fire Season 9 episode will be available to watch on NBC on May 26, 2021, at 9 p.m. ET. after Chicago Med at 8 p.m. ET. and before Chicago PD at 10.p.m. E.T.