The celebrity fashion designer, Masaba Gupta, who made her acting debut with 'Masaba Masaba' in 2020, said she has a long way to go as an actor. 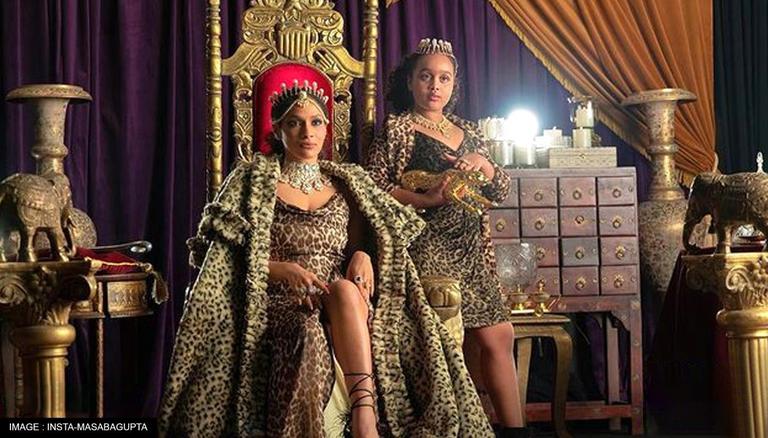 
Masaba Gupta is into acting for fun, not to impress production houses or churn out money-spinners grossing Rs 1,000 crore. The celebrity fashion designer, who made her acting debut with "Masaba Masaba" in 2020, said she has a long way to go as an actor but for now she is enjoying the process.

Masaba Gupta on being an actor

"I'm not some young woman in her 20s trying to impress five production houses or directors and do a Rs 600-1,000 crore film. I'm just having fun and I'm not doing it to prove anything to anyone. My validation of how good I am as an actor doesn't change much for me on a daily basis. But it's a bonus that I can be myself in front of a camera and I'm just happy. I have only scratched the surface," Masaba Gupta told PTI in an interview over Zoom.

She is back with the second season of the show, currently streaming on Netflix. "Masaba Masaba 2" comes months after the actor-designer received acclaim for playing the role of Saiba, a woman deep into dating apps, in Prime Video's "Modern Love Mumbai". Masaba Gupta, who runs her fashion label House of Masaba, said working on Netflix's semi-fictional series gave her much-needed closure to issues she was facing in her personal life.

"A large part of filming season one of 'Masaba Masaba' was like therapy for me. There were many issues that I was dealing with that I got closure on through the scenes, the workshops, and just being on set. I find being on set a highly meditative experience," the 32-year-old added. Describing "Masaba Masaba" as a feel-good part fact and part fiction show, Masaba Gupta said while season one was focused on her and her mother, veteran actor Neena Gupta, season two expands their world as it welcomes different characters.

READ | Masaba Gupta calls out netizen for distasteful comment on her looks; 'Let's be clear..'

The new chapter sees the mother-daughter duo blaze new trails in their careers as they tackle love, attraction, grief, insecurities and competition. Neil Bhoopalam and Rytasha Rathore reprise their roles of Dhairya Rana, an investor in House of Masaba, and Gia, entrepreneur and Masaba's best friend. Kusha Kapila, Kareema Barry, Barkha Singh, Ram Kapoor, and Armaan Khera are the new additions to the series cast.

"Every episode is like a love letter to some girl, boy, man or woman, who may have had an unresolved issue that they may have forgotten about 10 years ago. The show is no longer a slice of my and my mum's life anymore. It's a slice of every person's life that you may have known at some point," added Masaba Gupta.

According to the Mumbai-based actor-designer, people always want to watch something that makes them feel good. "That's what the show is. It's a really beautiful dress that you want to put on on your worst day and you will land up feeling better," she said.

Composed by Somesh Saha and Bengaluru-based rapper Irfana, the single allowed the actor to live her longtime "pop star dream". "It was my dream to be like Jennifer Lopez and Beyonce. I had so much fun doing the rap. I'm somebody who thoroughly enjoys dance, I wish I could do a little bit more of it. The whole undertone of the song is that women are born queens, but you can also be king. And that's also the underlying message of the whole season," said Masaba Gupta.

The second season of "Masaba Masaba" is directed by Sonam Nair and Ashvini Yardi of Viniyard Films was the showrunner.

READ | Masaba Gupta reveals mom Neena was worried about her marriage; 'She tried to play Cupid'