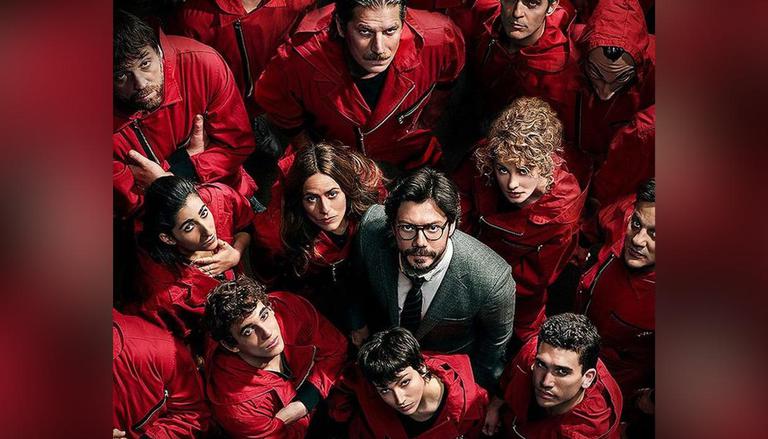 
The trailer of Money Heist Season 5 was released on August 2, Monday. The much-anticipated Trailer, coming a month prior to the finale's release, comprises of enthralling action scenes. The two-minute-long video shows the characters getting over the death of a fellow gang member, Nairobi. The trailer has the words, “This is no more a robbery. This is war”. Fans are speculating is this to be an easter egg which could mean a war between the gang led by The Professor inside the targeted bank for robbery, and the army. Netflix India put in the Money Heist Season 5 Traile captioned: “Surrendering is not an option.” A pinned comment by the Netflix India account says, “Are you ready for the final chapter? ❤️”

The Professor, Sergio is shown to be chained, handcuffed and being tortured by inspector Alicia Sierra. There are also several flashback scenes that have been put in the trailer, adding hype to the highly anticipated finale of Money Heist. The first part of the season will be released on September 3, while the second part will be released on December 3. Season 5 of the Spanish show will be released on the OTT platform Netflix. One of the top comments to the trailer by a user read, "Berlin is such a GREAT character that the show just keeps giving him scenes every season." Another YouTube user predicted what happens and wrote a comment on the trailer that and said, "The worst part will be this will end in a cliffhanger with professor getting hurt or the gang getting caught and we will need to wait till December to find out if they live or die". Overall, fans seem to be stoked to binge-watch this final season of the action-packed series.

Netflix had also released a brief synopsis of the final season of the show. It said, “The gang has been shut in the Bank of Spain for over 100 hours. They have managed to rescue Lisbon, but their darkest moment is upon them after losing one of their own. The Professor has been captured by Sierra and, for the first time, doesn’t have an escape plan. Just when it seems like nothing else could go wrong, an enemy comes on the scene that is much more powerful than any they’ve faced: the army. The end of the greatest heist in history is approaching, and what began as a robbery will turn into a war.” The Netflix series is originally called La Casa De Papel. Some of the popular castings in the show are Álvaro Morte as The Professor, Najwa Nimri as Seirra, Úrsula Corberó as Tokyo, Itziar Ituño as Lisbon, Pedro Alonso as Berlin.

READ | 'Money Heist' Season 5: What is known about the final season of the hit show up until now?

The end is coming. But what started as a robbery will end in all-out war