'New Amsterdam' is going through some really intense moments lately and the producer divulged that Max and Helen can only move forward from here. 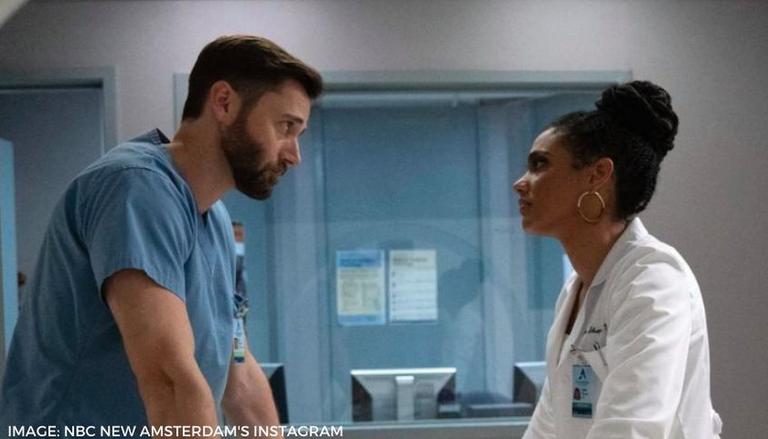 
The hospital was fighting a chemical spill inside their own halls in Tuesday's extremely intense episode of New Amsterdam, and medical professionals were suffering serious repercussions of the incident. Max exposed a disturbing detail after Helen Sharpe found him gripping the broken pipe in an attempt to delay the toxic chemical's spread. Helen ushered a weeping Max into the hazmat tub, desperately cleaning his body and caressing him after he crashed, his ring hand grasping at her back. Viewers have been waiting for a long time for things to come to pass between Helen and Max ever since the onset of the show and executive producer David Schulner spoke to TVLine and said that there was no turning back for them after this point.

The couple shared a heavy moment a few weeks ago where Max was ready to take the next step with Helen but Helen was so caught up with Mina that she could not move forward, Schulner said. After that moment this Tuesday’s episode was the first time that the two of them were together and there was nowhere to hide for them. Being in a situation where they were forced with their own mortality had put everything into perspective for them. Schulner went on to say that the two of them definitely wanted each other and they were on a path that leads to each other but we had to wait and see how long it will take them to reach their destination.

Max has a possible custody battle to fight and that is the only thing that could throw their progress off for a moment. David Schulner shared that there was a lot that needed to be said and unsaid between the two of them and there were only two episodes left in the current season of New Amsterdam so things could go either way. The two of them are only now facing what has been under the surface for a long time.

In the latest New Amsterdam season 3 episode, Max and Helen share a tender moment in the decontamination room but their conversation cannot be heard. David Schulner revealed that it was because of technical issues that they had decided to cut the sound. He said that it was such a tender moment and he did not want to spoil it so he let the New Amsterdam cast take charge and let the audience understand what was going on without words.

READ | Where is 'New Amsterdam' filmed? Read here to know show's filming location
READ | 'New Amsterdam' cast: A look at the actors and their characters in the medical drama