Parth Samthaan shared an Instagram post as he wrapped up the shoot for the upcoming web-series 'Mai Hero Boll Raha Hu'. See the full article below.

Indian television actor Parth Samthaan recently wrapped up shooting for his upcoming AltBalaji web-series titled, Mai Hero Boll Raha Hu. The actor shared an Instagram post in celebration with a long and sweet caption. The post shared by Samthaan contains a few photos of the actor with director Siddhartha Luther, producer Samar Khan and other members of the crew. The post also consists of a video in which the cast and crew can be seen cheering in celebration of the wrap as Parth cuts a cake with the director.

Parth shared the post saying, "And it’s a Wrap #mainherobolrahahoon ..finally .. it had been an unexpected long journey but a beautiful and learning one". The actor in his long caption spoke about many things like thanking some special people responsible for the show, "so grateful and thankful to @ektarkapoor Maam for believing in me that I could explore myself as an actor and break that ideal son image from Kasautii and become a Villian/Hero" adding, "also not to forget @samkhan our producer to set up the show beautifully and of course our director @sidluther for executing it and bringing Nawab to life". Parth also thanked the rest of the cast and crew saying, "Thankyou ..loved the script from day one ..a big Thankyou to all the writers , technicians , Dop and to be honest I had some amazing coactors to work with .. a learning lesson for me indeed Thankyou". Take a look at Parth Samthaan's Instagram post below.

Parth Samthaan's Instagram post from the sets of Mai Hero Boll Raha Hu prompted a number of responses from eager fans. Indian actress Karishma Tanna commented on the photo calling Parth a hero while AltBalaji founder Ekta Kapoor left a heart and an applause emoji. Many fans also commented on the post expressing their excitement for the upcoming show and talking about how they just can't wait.

The upcoming crime drama show is set to release sometime in 2021. Rumours of the show releasing on April 25 have been circulating on social media, which is why many fans commented on the post talking about how they can't wait for April 25. However, an official announcement regarding the release date of the upcoming web-series has not been made. Take a look at some of the reactions below. 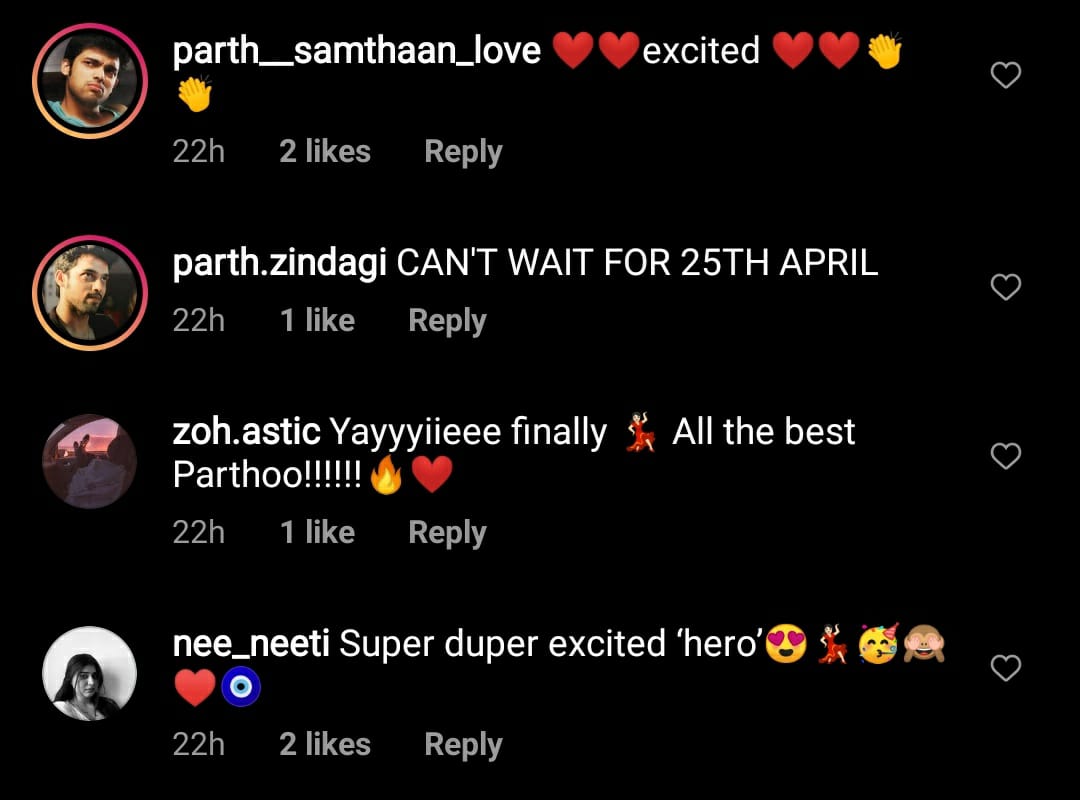 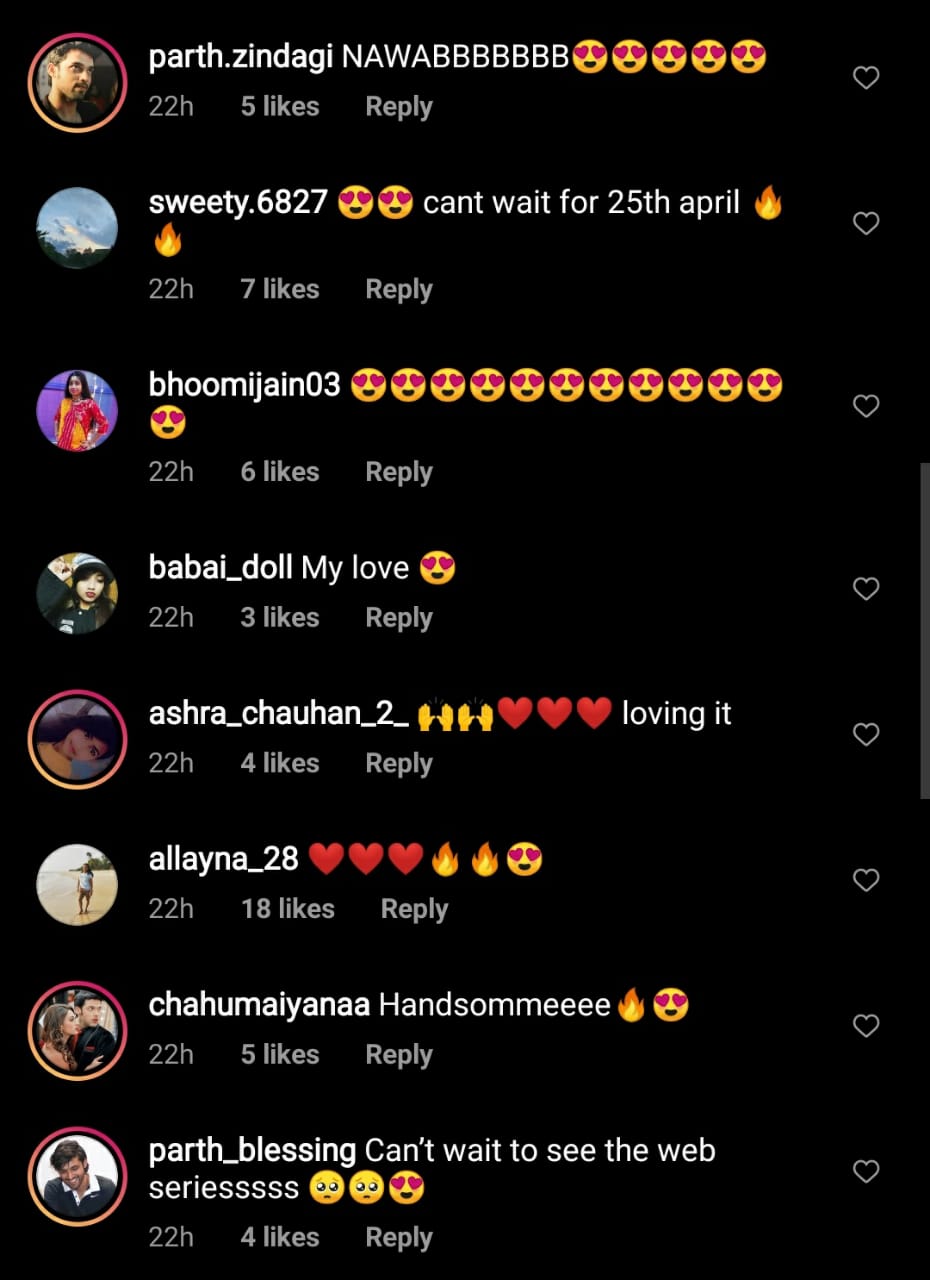 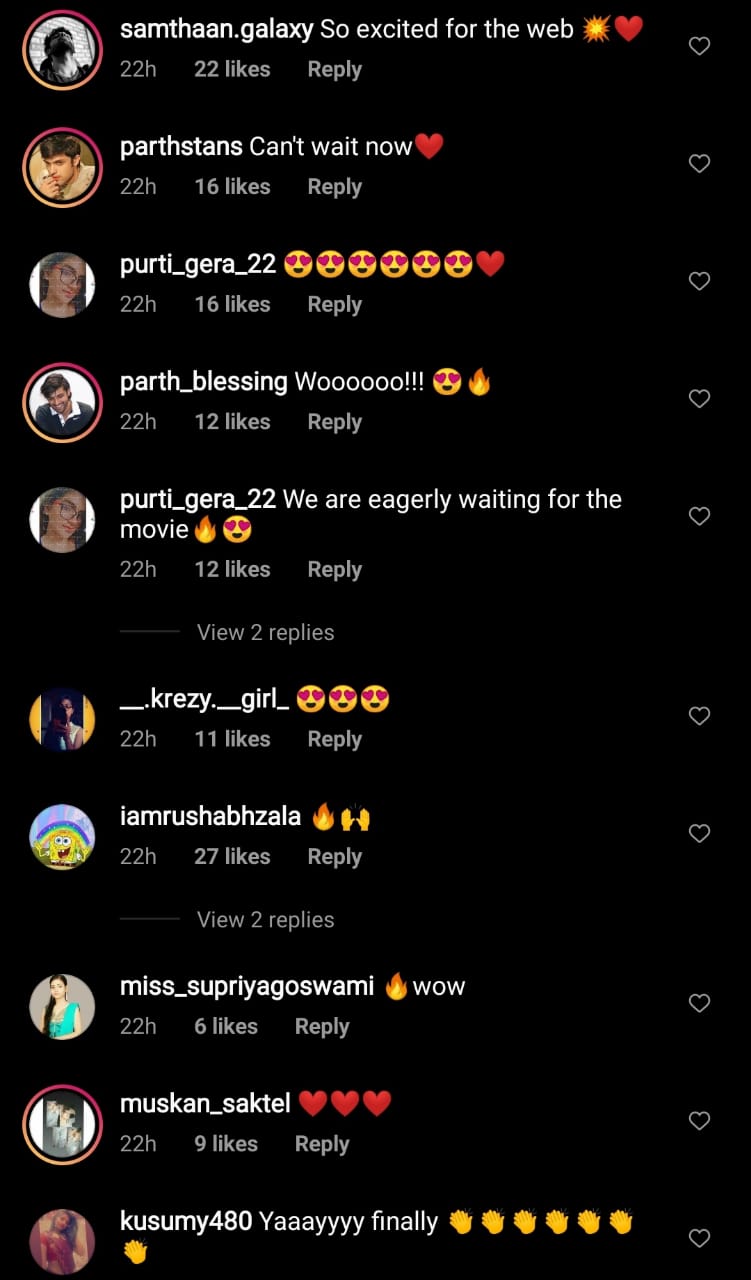